THE PENTAGON – The Marine Corps laid out a plan Tuesday for transforming training and education of the force through advancements in technology and a focus on critical thinking that will better shape Marines for future operations. Training and Education 2030 is the latest strategy document produced by the Marine Corps as part of its […] 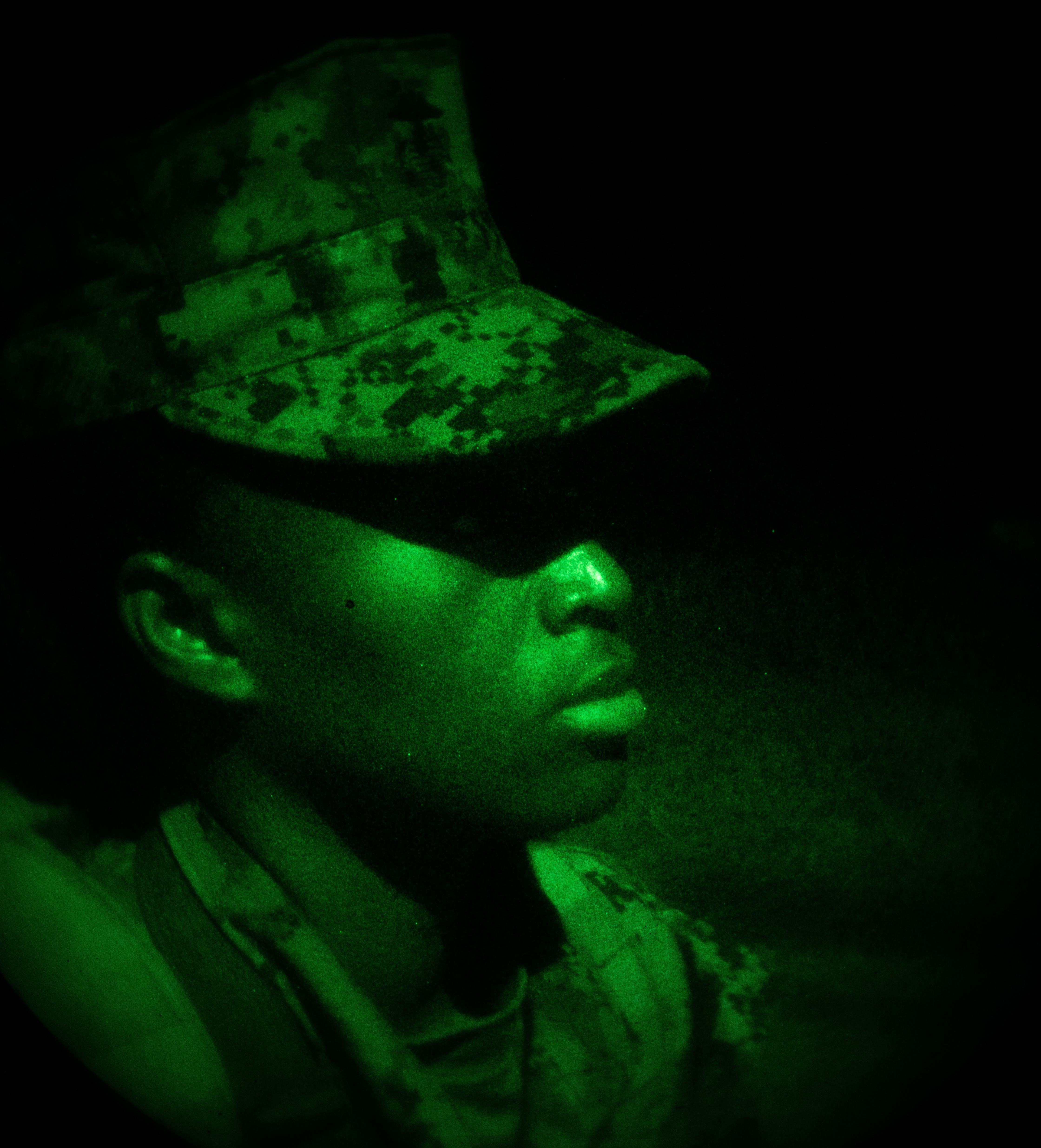 THE PENTAGON – The Marine Corps laid out a plan Tuesday for transforming training and education of the force through advancements in technology and a focus on critical thinking that will better shape Marines for future operations.

Under the new plan, the Marine Corps aims to move away from some of the repetitive training and replace it with exercises that require critical thinking to help young Marines learn to make battlefield decisions, said Lt. Gen. Kevin Iiams, commanding general of Training and Education.

“There’s a sacred process to making a Marine,” Iiams said. “That’s not going to change.”
The critical thinking piece is going to allow the Marines to prepare for what the Marine Corps leaders predict the future will hold as well as unknowns, he told reporters during a roundtable on Tuesday.

The document, which lays out a number of objectives and areas of further study, along with deadlines for each, also formalizes the commanding general of Training and Education as a new deputy commandant.

Training and Education 2030 will build on the core legacy of the Marine Corps, through more integration and abilities provided by technology not previously available or used.

“They want to talk,” Iiams said. “They want to be part of solutions. They want to be thinkers and what we’re doing is we’re just unchaining them, they have capability well beyond anything that we ever imagined. And this is just us recognizing that and finding a ways and a means to unleash it.”

The focus on critical thinking is one way that the Marine Corps can mature the force without just bringing in and retaining older Marines, said Col. Joseph Farley, assistant chief of staff for Training and Education Command.

The training program also lays out some new standards for the Marines, including an emphasis on swimming.

For the past 20 years, the Marine Corps was focused on the Middle East, with operations in Iraq and Afghanistan. With the change of focus to the Indo-Pacific, Marines need to be better equipped to be in the water, said Col. Eric Quehl, director of the policy and standards division in the Training and Education Command. 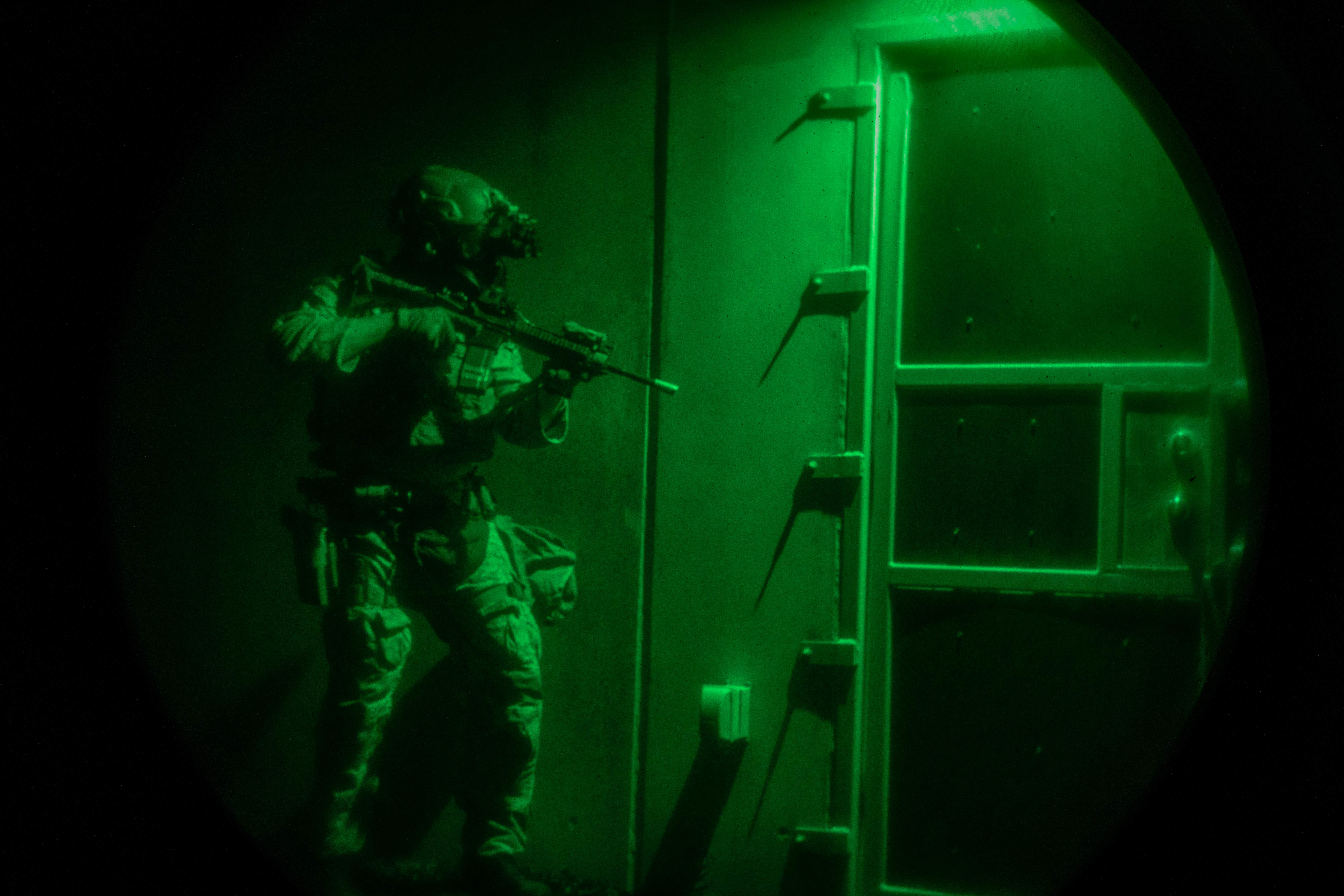 A U.S. Marine with the 31st Marine Expeditionary Unit Maritime Raid Force prepares to breach and entrance during a limited scale raid as part of Realistic Urban Training Exercise 23.1 on Marine Corps Base Hawaii, Jan. 11, 2023. US Marine Corps Photo

One aspect of the training plan is Project Tripoli, which will eventually allow for integrated training across the globe through the use of simulations. The idea behind Project Tripoli is that different units will be able to train together even when not in the same place through a combination of live and simulated training.

As an example, Iiams said a situation under Project Tripoli is a lance corporal using a blended reality system to train at Twentynine Palms, Calif., with an F-35B Lightning II Joint Strike Fighter pilot using the same training system in a simulator from the East Coast.

“So the airplane doesn’t exist, he sees it as an avatar as being flown by a pilot on the East Coast, that pilot looks down and can actually see the entire grand scheme of maneuver, and can strike and employ in support of the forces,” he said. “That simulator might also be flying in a formation with a live airplane, that live airplane looks over and actually sees its wingman avatar.”

Tripoli also helps to address the lack of long ranges that are required for training on long-range precision missiles or ranges that allow for Marines to test equipment like jammers, Iiams said.

With the use of virtual space, the Marines are able to do this type of training within the space the service already has.

“We know that Marines learn, humans, learn, in real-time,” he said.

The virtual aspect can also help with safety around training, as it’ll allow for progressive training, said Col. Mark Smith, director of range training programs division under the Training and Education Command.

That sort of progressive training means that a Marine might be able to train on the basics before using live fires, Smith said. Or they can do training that would be considered riskier in a safe environment because of the virtual element.

It also allows Marines to train their critical thinking skills in an environment where they cannot get hurt, Farley said.

The Marine Corps has a mishap library from training exercises so Marines can see mistakes made by other units when training in order to learn and avoid making similar ones, Iiams said.

Aspects of the new training policy are already in effect. Training and Education 2030 lays out new standards and training for marksmanship with a new advanced rifle qualification course, Iiams said. 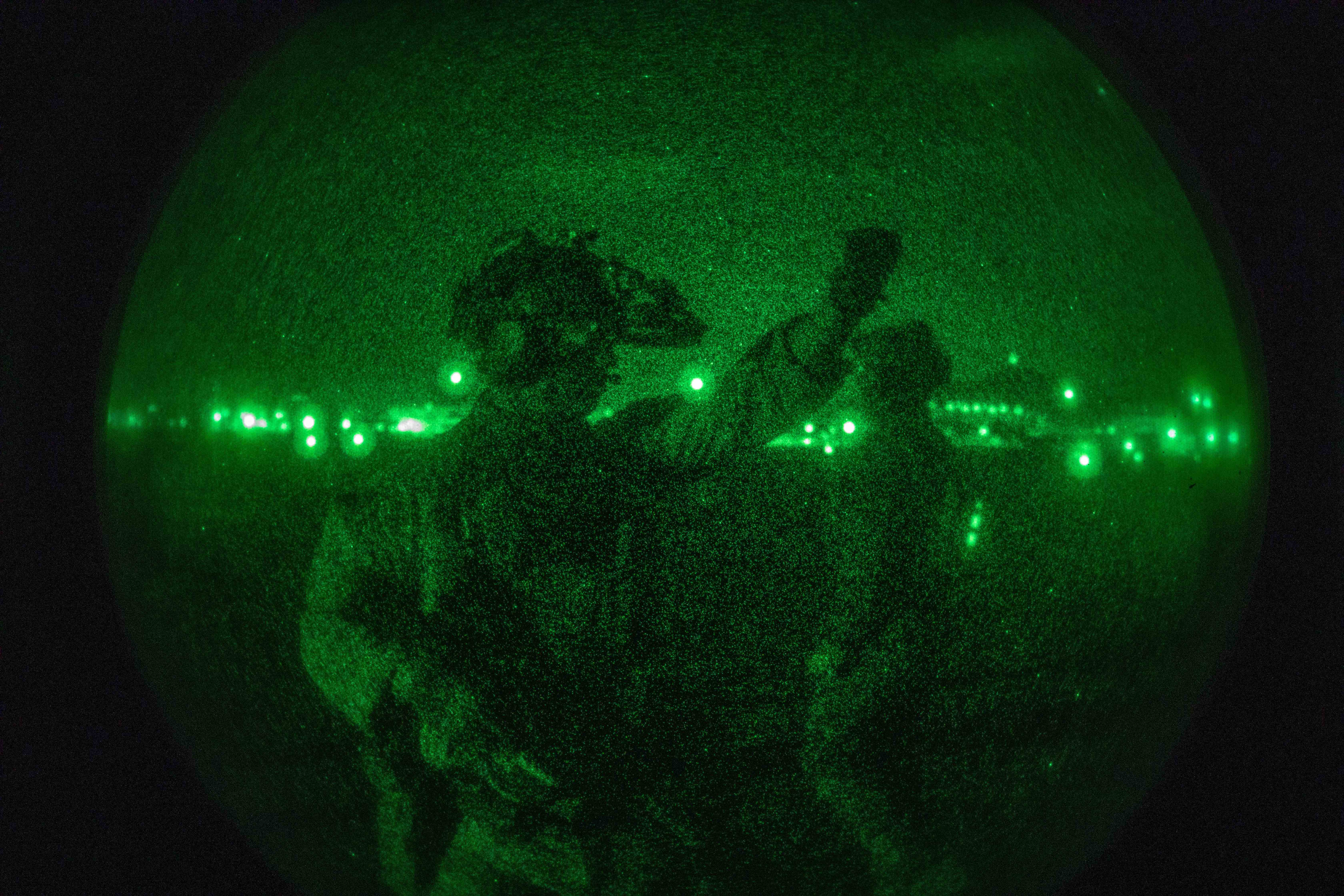 A U.S. Marine with the 31st Marine Expeditionary Unit Maritime Raid Force signals platoon to halt while on patrol during a limited scale raid as part of Realistic Urban Training Exercise 23.1 on Marine Corps Base Hawaii, Jan. 11, 2023. US Marine Corps Photo

Marksmanship is more than firing at static paper targets, Quehl said. Instead, the Marines are using training that requires service members to start at farther positions and progress toward the target to simulate a combat situation.

That’s already been rolled out in the fleet, but they are still working toward full operational capability, he said.

The document lays out the plan for how to modernize the force to be able to address future operations, Iiams said.

“And I think what’s really key here when we talk about the document, as much as we’re talking about new, is this document actually builds on the core legacy of high standards. It’s really, really rooted in our core values, our warfighting ethos, what we consider for our Marines, you know, a desire for a bias for action. And then, you know, really our cornerstone document, which is MCDP 1 Warfighting, and that’s all of the tenets of maneuver warfare.”