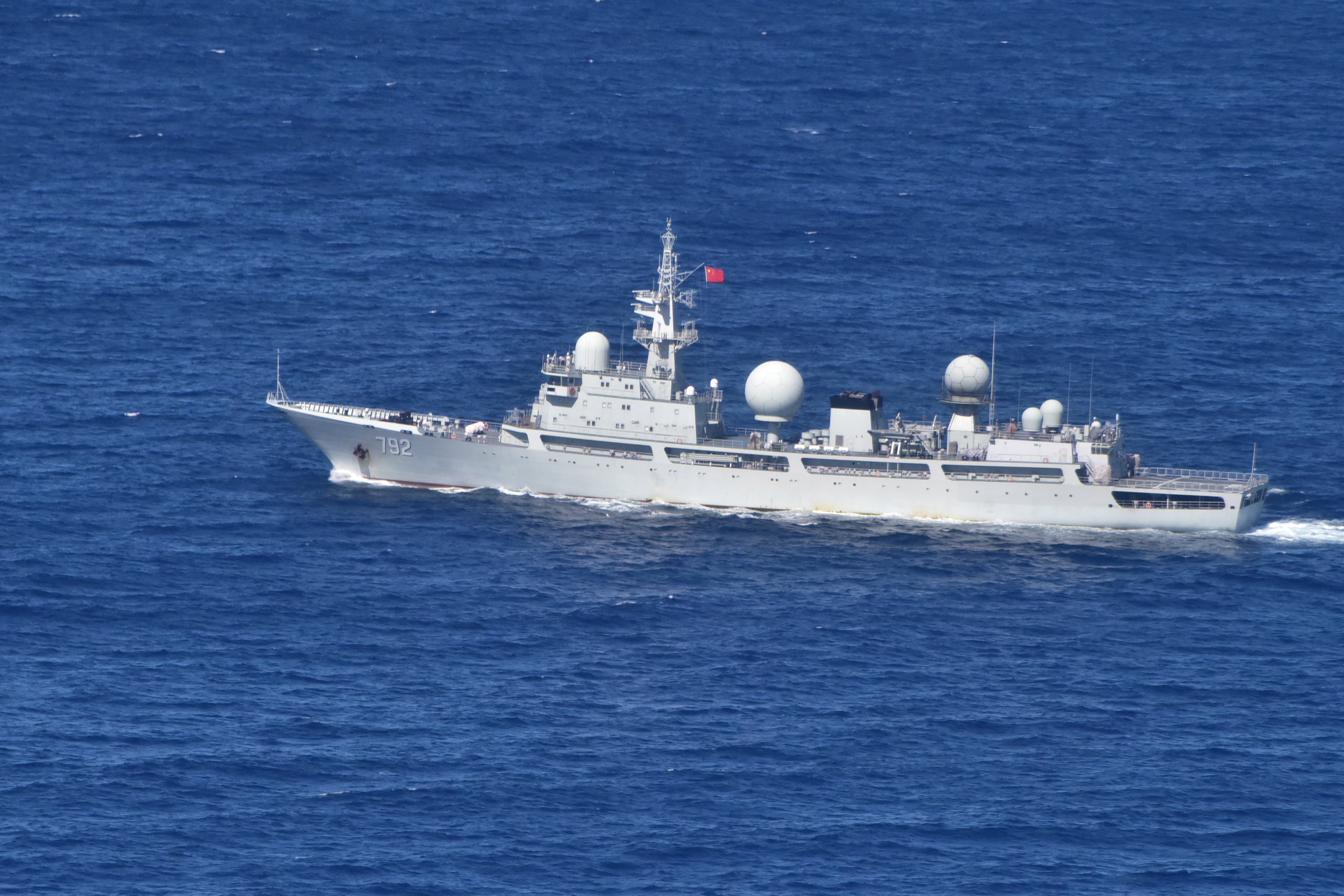 Australia’s DoD identified the vessel as China’s Dongdiao-class auxiliary intelligence ship Haiwangxing (792) and released imagery and video of the ship.

A graphic of Haiwangxing’s voyage showed the ship crossed Australia’s exclusive economic zone on the morning of May 6. On Sunday, it was approximately 70 nautical miles off the Harold E. Holt Communications Station, in Exmouth, Western Australia, while a Royal Australian Air Force (RAAF) P-8 Poseidon maritime patrol aircraft monitored the ship.

The Chinese ship continued sailing southwards, and on Monday, it was 150 nautical miles off Exmouth while an RAAF P-8 tracked the intelligence ship. At the same time, HMAS Perth (FFH157) sailed out from port to monitor Haiwangxing but subsequently turned back because the Chinese ship changed its sailing direction on Tuesday morning. Haiwangxing turned north, sailing at a speed of six knots, 125 nautical miles from Exmouth. An RAAF P-8 and an Australian Border Force (ABF) Dash-8 maritime surveillance aircraft monitored the ship.

“Australia respects the right of all states to exercise freedom of navigation and overflight in international waters and airspace, just as we expect others to respect our right to do the same. Defence will continue to monitor the ship’s operation in our maritime approaches,” the Australian DoD said in the news release. 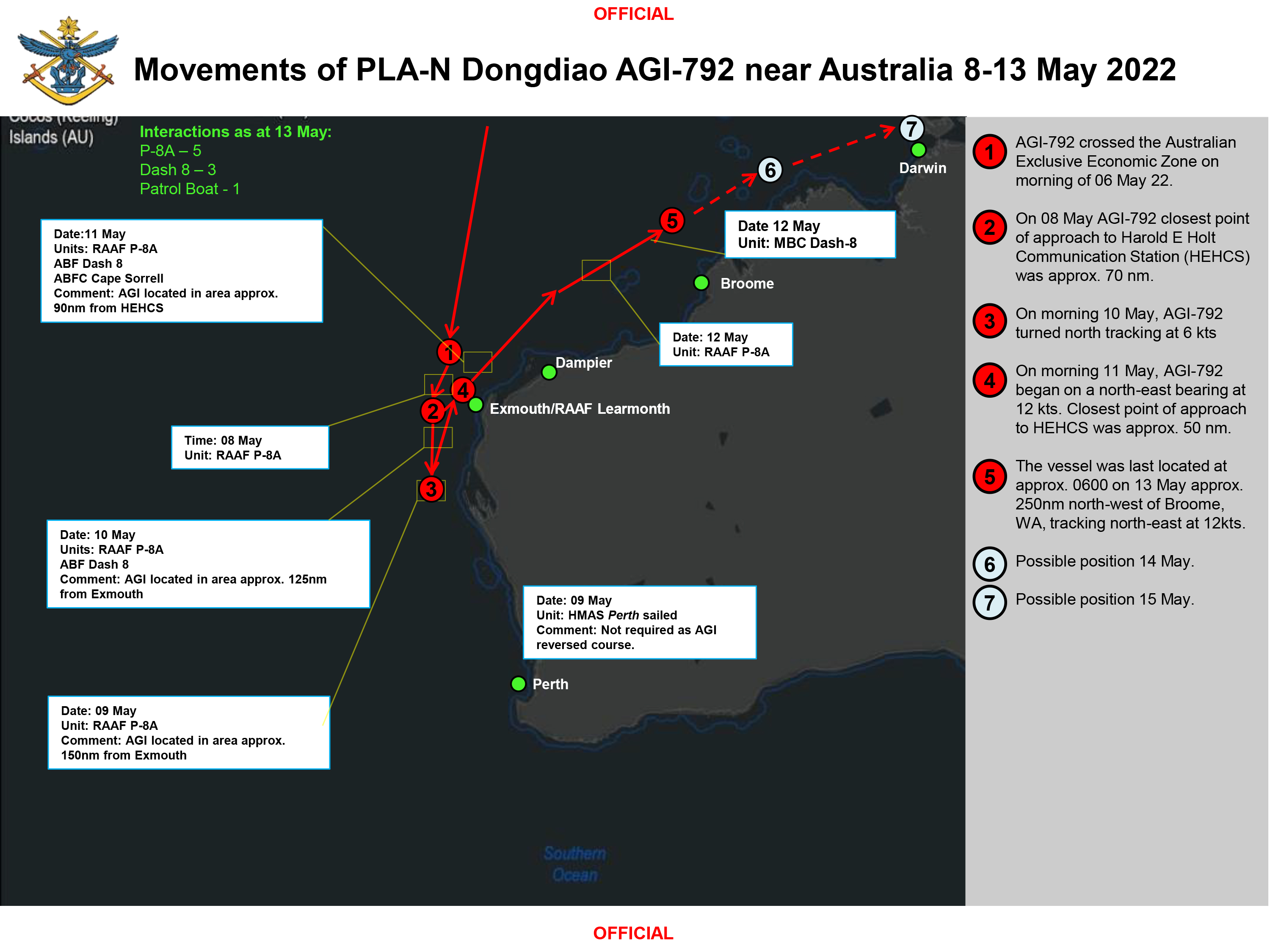 Movements of PLAN Dongdiao AGI-792 near Australia May 8-13 2022. Australian Department of Defence Photo

The carrier and ships in its CSG performed a series of flight operations four days in a row this week. On 9 a.m. Sunday local time, Liaoning, the two Type 052D destroyers and Hulunhu were sighted 160 kilometers south of Ishigaki Island conducting flight operations with its embarked J-15 fighter aircraft and Z-18 helicopters from 9 a.m. to 8 p.m., according to news releases from Japan’s Joint Staff Office. 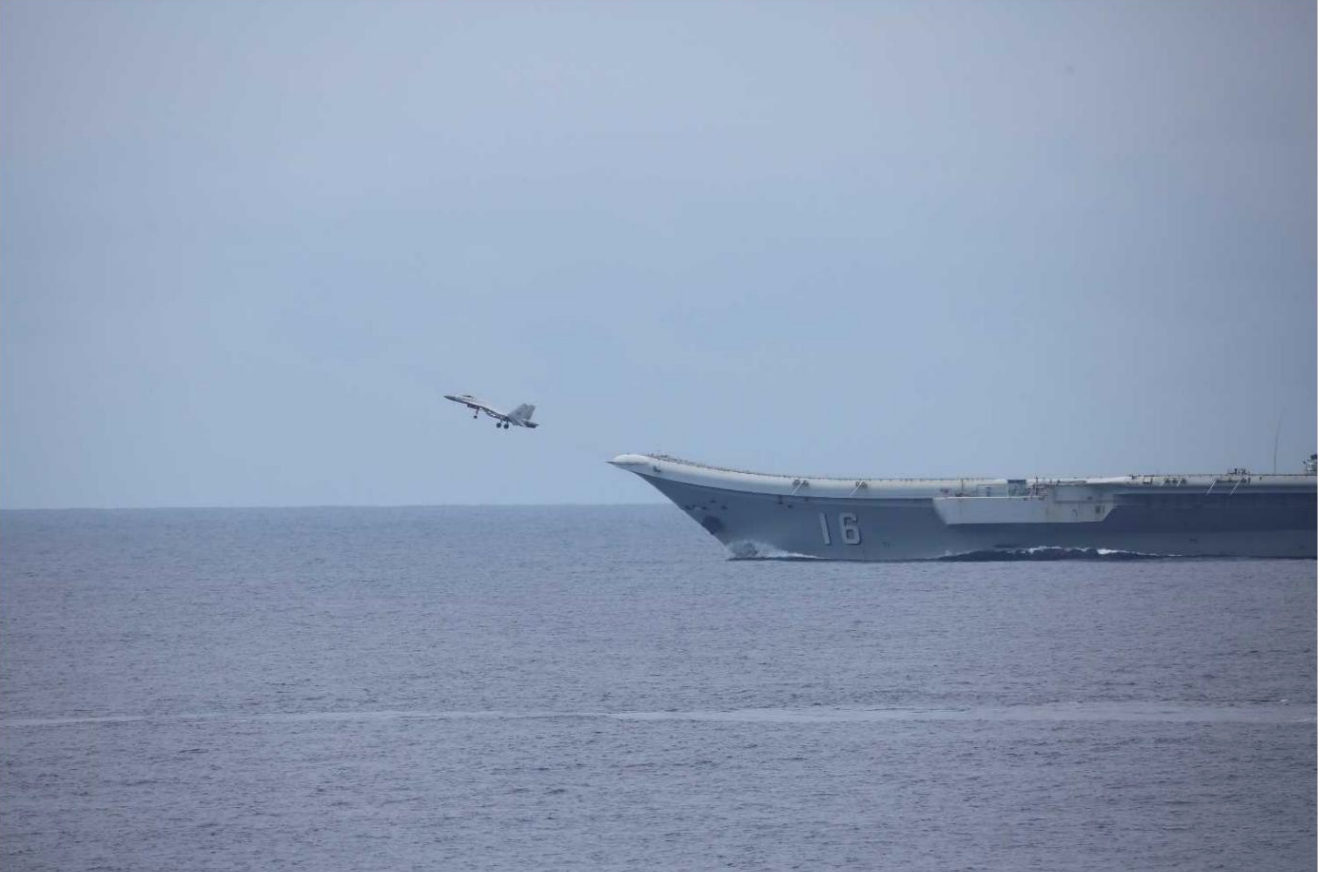 Japan Air Self-Defense Force (JASDF) fighter aircraft scrambled each day in response to the J-15 launches, according to the news release. In a Tuesday press conference, Japan Defense Minister Nobuo Kishi said the Chinese carried out a total of 100 sorties with its J-15s and Z-18s from Liaoning between May 3 and May 8.

While the activities of the PLAN carrier group were likely aimed at improving its aircraft carriers’ operational capabilities and its ability to carry out operations away from home, Kishi said Japan is concerned about the operations given that they were happening close to the Ryuku Islands and Taiwan. The Japanese Ministry of Defense will continue to monitor such activities, he said. 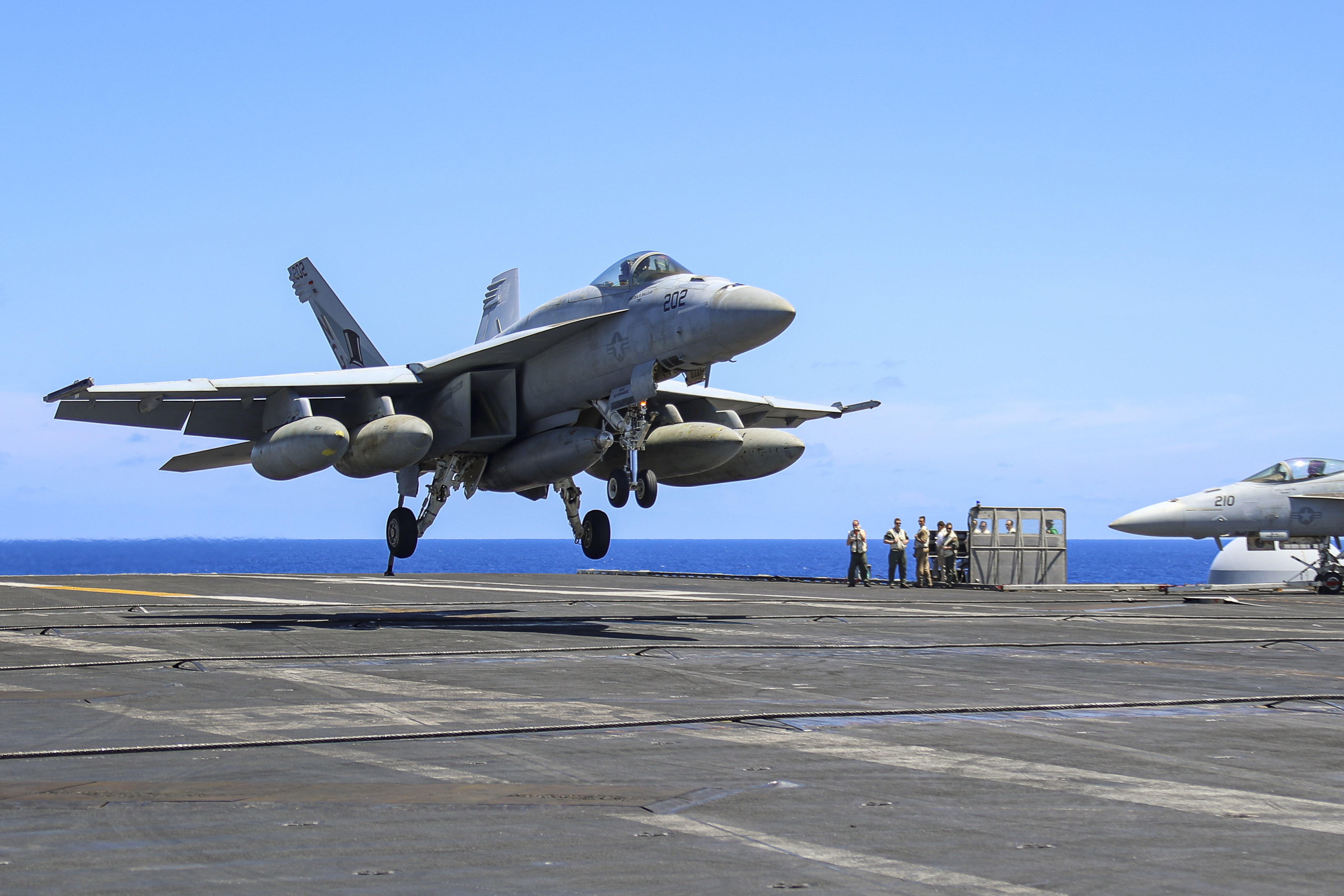 An F/A-18E Super Hornet, assigned to the “Tophatters” of Strike Fighter Squadron (VFA) 14, prepares to make an arrested landing on the flight deck of the Nimitz-class aircraft carrier USS Abraham Lincoln (CVN 72) in the Philippine Sea on May 12, 2022. U.S. Navy Photo

“Abraham Lincoln Carrier Strike Group is a powerful presence in the Philippine Sea that serves as a deterrent to aggressive or malign actors and supports a free and open Indo-Pacific,” Rear Adm. J.T. Anderson, the commander of carrier strike group Three, said in the release. “There is no better way to strengthen our combat-credible capabilities than to work alongside other joint forces to demonstrate our commitment to sovereignty, the region, and a rules-based international order.”