The Navy’s top officer stressed the need for “a forward-looking relationship” between Japan, South Korea and the United States. “It’s no longer a luxury but a necessity” that the three nations work together, Chief of Naval Operations Adm. Mike Gilday said Thursday. Examples of the improved trilateral relationship include information and intelligence sharing, participating in […] 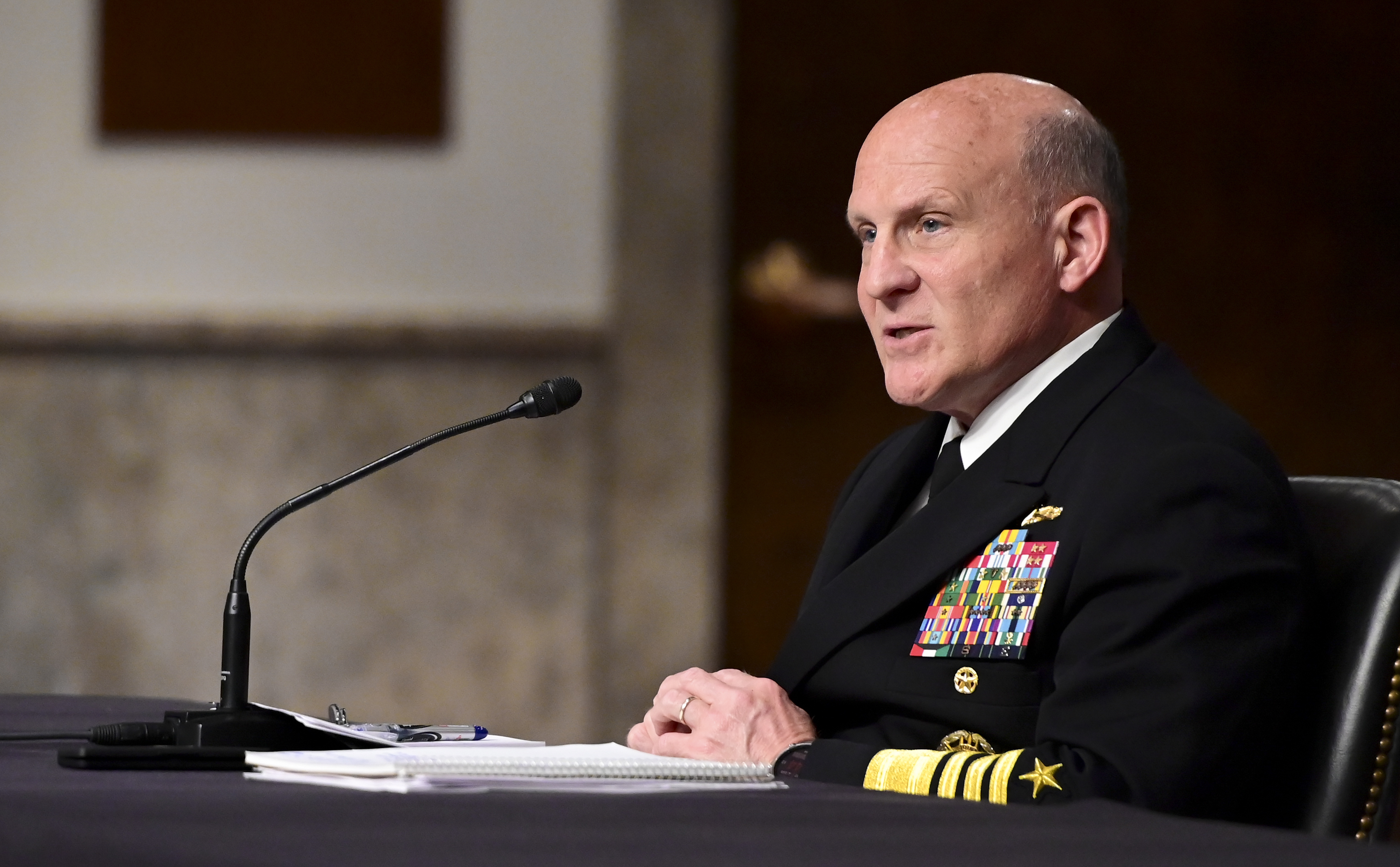 The Navy’s top officer stressed the need for “a forward-looking relationship” between Japan, South Korea and the United States. “It’s no longer a luxury but a necessity” that the three nations work together, Chief of Naval Operations Adm. Mike Gilday said Thursday.

Examples of the improved trilateral relationship include information and intelligence sharing, participating in joint exercises in different regions of the Indo-Pacific and the interoperability of platforms and systems.

During a conversation at a Korean-American security group online forum, Gilday acknowledged that there are still historic grievances between the two nations that can disrupt a planned exercise or throw into question continued intelligence sharing. Tokyo and Seoul have “to get beyond poking each other in the eye” over these issues.

Gilday said the two nations are in “deeper discussions of unmanned systems,” mentioning the expansion of clandestine mine-laying as an example He also mentioned the work Japan is undertaking on its amphibious carriers to carry helicopters, F-35 Lightning II Joint Strike Fighters and marines as important developments in expanding the options to strengthen its defenses.

If Tokyo holds to this goal, Japan will be behind only Washington and Beijing in defense spending.

In December, Kishida announced that Japan will double its spending on defense over the next five years to address new threats in Northeast Asia. A key part of that new investment will be in building Aegis-equipped destroyers that will field 400 to 500 Tomahawk missiles, as well as boosting cyber capabilities and expanded development of unmanned systems.

On integrated missile defense among the three, Gilday said, “we’re on the precipice of something really important” in sharing targeting data and other information.

Gilday said the extended deterrence the United States provides against attack on its two allies includes “the nuclear umbrella.” He cited the National Defense Strategy released in October that says North Korea’s use of nuclear weapons would “result in the end of that regime.”

In the case of defending South Korea, he cited Biden’s spring trip to Seoul and Vice President Kamala Harris’ more recent visit to the Demilitarized Zone as demonstrations of the importance the United States places on the alliance.

South Korean President Yoon Suk Yeol said this week that if the North Korean threat to use nuclear weapons increases, Seoul may develop its own nuclear arsenal or ask the United States to redeploy these weapons to the peninsula.

The New York Times quoted the president as saying, “we can have our own nuclear weapons pretty quickly, given our scientific and technological capabilities.”

For South Korea, Gilday said that United States’ close collaboration in all five domains of warfare “demonstrates that we are working together.” He added, “I remain an optimist … on building multi-domain operations.”

He called the relationship between the two navies “a watertight alliance.”

When asked if homeporting U.S. warships in South Korea was under consideration, he said “I would never take any option off the table.” He said something similar when a questioner wondered if the United States would conduct freedom of navigation operations in the Yellow Sea.

Gilday said the point of deterrence is “to convince any particular adversary it’s not worth it to make a move.” He added, “we should not lose our nerve” in that commitment while trying not to escalate tensions in a crisis.

Any decision for Japan to build a nuclear-powered submarine is a huge step that would require the nation’s support politically and financially for years, Gilday said. That decision must be made with the understanding of “the totality of the ecosystem” for the initiative and that it will take decades to complete. Change “eco-system” for such a project requires “the right people, the right training, the right platforms, the right workforce” and sustainment, he said.

Gilday, using the agreement between Australia, the United Kingdom and the United States – known as AUKUS – as a possible model, said it will be “well into the 2040s” before Canberra launches its first nuclear-powered attack submarine.

Australia is expected to announce this quarter which submarine design it will choose to follow.