A Navy pilot program announced Thursday will temporarily suspend enlisted high-year tenure for two years, allowing more people to stay in the sea service. Under the program, which was announced in NAVADMIN 288/22, commands cannot separate or involuntarily transfer an active-duty sailor with high-year tenure dates between March 1, 2023 and Sept. 30, 2024 to […] 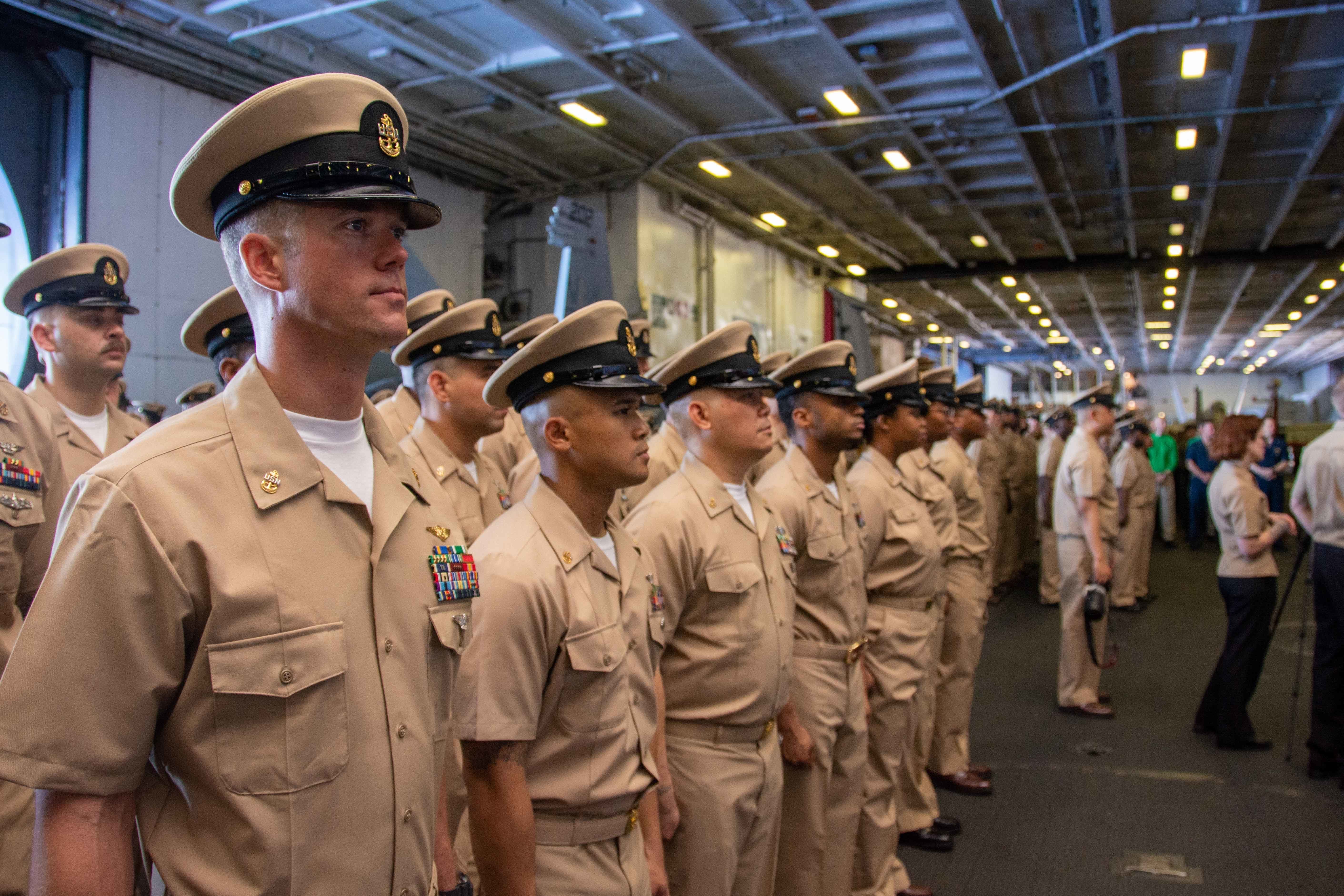 Under the previous rules, sailors must leave active service and transfer to the reserve if they don’t advance after a certain time period. It is expected that the new policy will affect approximately 1,600 sailors, according to a news release from the Navy.

“If you are an E5 Sailor approaching your HYT threshold of 16 years, this pilot not only allows you to continue your naval career and potentially advance to the next rank, it provides a path for you to become eligible for retirement. In all cases, Sailors must be recommended for retention by their commanding officer on their most recent evaluation,” according to the NAVADMIN. 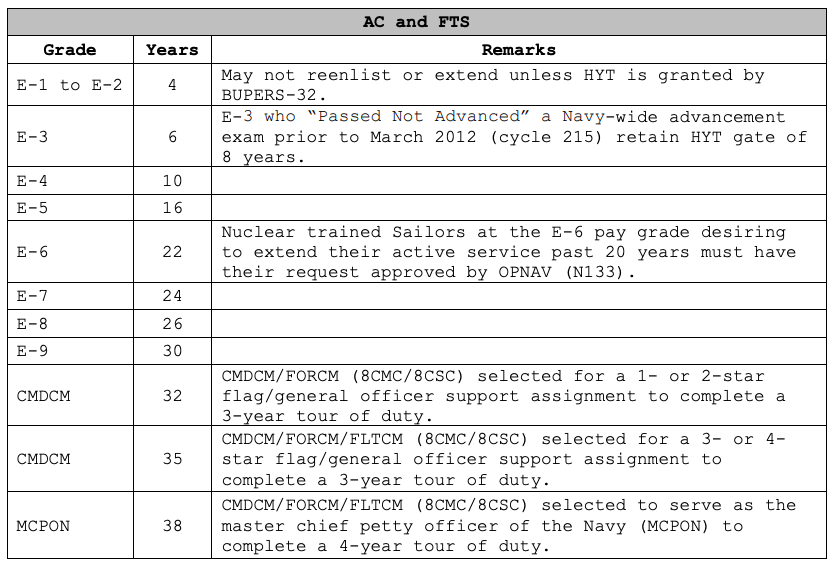 Under the new policy, sailors can apply for new jobs via the MyNavy Assignment portal, or they can choose to extend their current assignment, even if they go beyond the high-year tenure threshold for pay grade, according to the Navy release.

The Navy expects the policy change to help reduce the number of gaps at sea, according to the release. The sea service needs to fill approximately 9,000 at-sea billets, USNI News previously reported.

“This suspension means more of our talented and experienced Sailors can stay in the Navy,” Rear Adm. James Waters III, director of Military Personnel Plans and Policy Division, said in the release. “By removing this barrier to retaining career-minded Sailors, the Navy is broadening career progression opportunities for Sailors and allowing them the opportunity to advance to the next higher paygrade.”

Allowing sailors to stay in the service longer is one way the Navy is attempting to increase retention as it faces a challenging recruiting environment, Waters said.

The Navy has made a number of policy changes and started new pilot programs aimed at recruitment and retention. The sea service announced this year that it would increase the age limit for new recruits and accept recruits who scored lower on one of the entrance exams.