The Nimitz Carrier Strike Group is now operating in U.S. 7th Fleet as the Japan-based aircraft carrier USS Ronald Reagan (CVN-77) returned to its homeport late Thursday, the Navy announced. Ronald Reagan completed its second patrol for 2022 on Thursday when it pulled into Yokosuka, Japan. The carrier was underway from May to August, returned […] 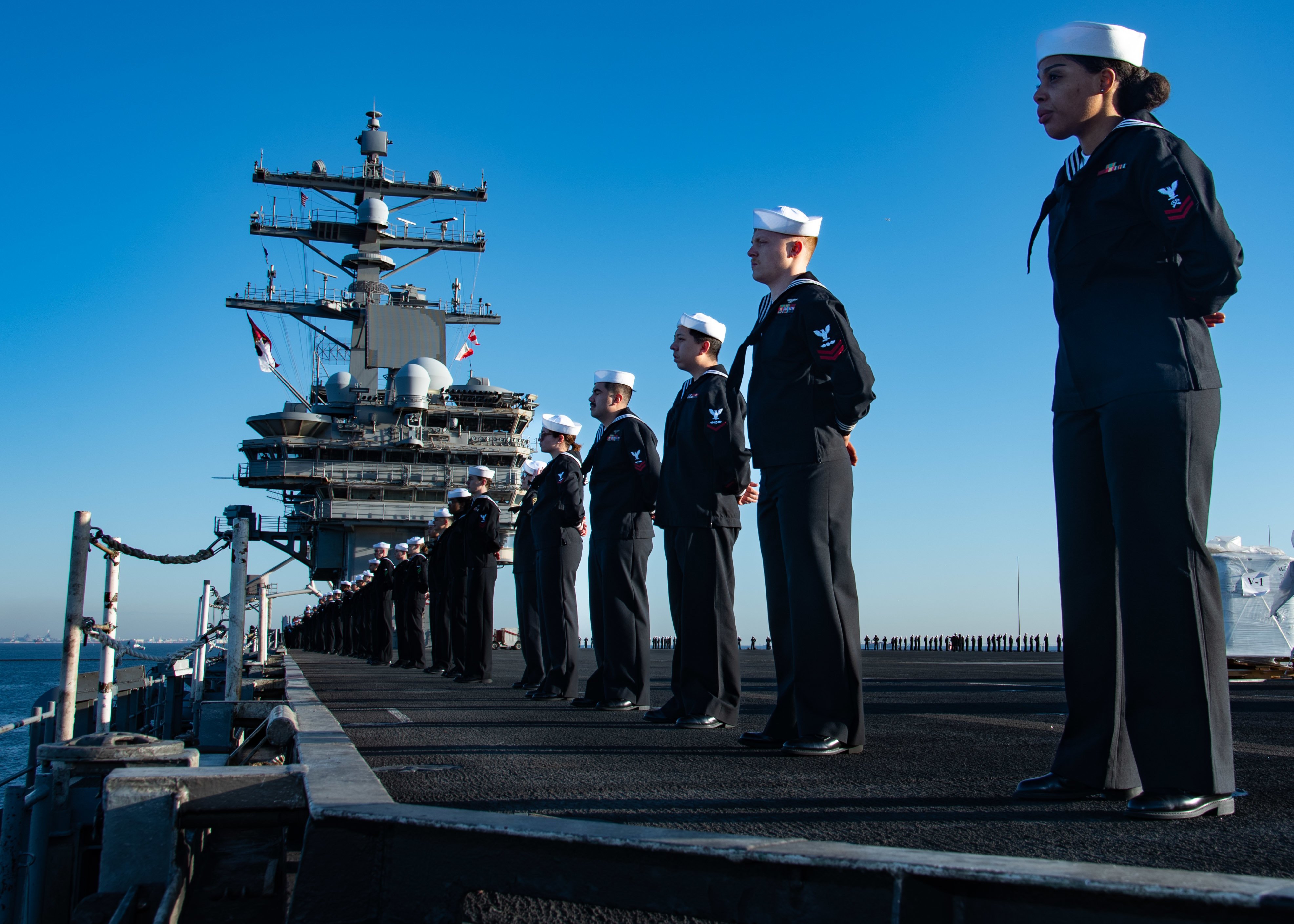 Ronald Reagan completed its second patrol for 2022 on Thursday when it pulled into Yokosuka, Japan.

The carrier was underway from May to August, returned for a repair period and then departed again in September.

“While in port, Ronald Reagan will remain in sustainment and ready to immediately redeploy in response to a crisis or other tasking,” reads a statement from U.S. 7th Fleet.
“The crew maintains a high level of training, forward-presence, warfighting proficiency, quick-response posture, and readiness to respond to any regional contingency.”

The strike group participated in the United States’ high-end Valiant Shield 2022 exercise off the coast of Guam, operated in the South China Sea extensively and made port calls to Manila, the Philippines, Singapore, and Busan, South Korea.

Following missile launches from North Korea, the strike group joined with South Korea and Japan for show of force missions in the East China Sea.

“Combined with our visits to ports around the Pacific, our patrol demonstrated the combined resolve, common values, and credible capability of like-minded nations that is necessary to meet any challenge in ensuring regional stability and security in support of a free and open Indo-Pacific,” CSG commander Rear Adm. Michael Donnelly said in a statement.

Nimitz and its strike group left San Diego on Dec. 3 for a deployment after leaving its home port in Bremerton, Wash., on Nov. 28.