Over the next few years, the United States will likely press allies like South Korea harder to be ready for a conflict with China that may arise over Taiwan’s future, a leading scholar on global affairs at Johns Hopkins University said Tuesday. The United States will struggle to win a war with Beijing without support […] 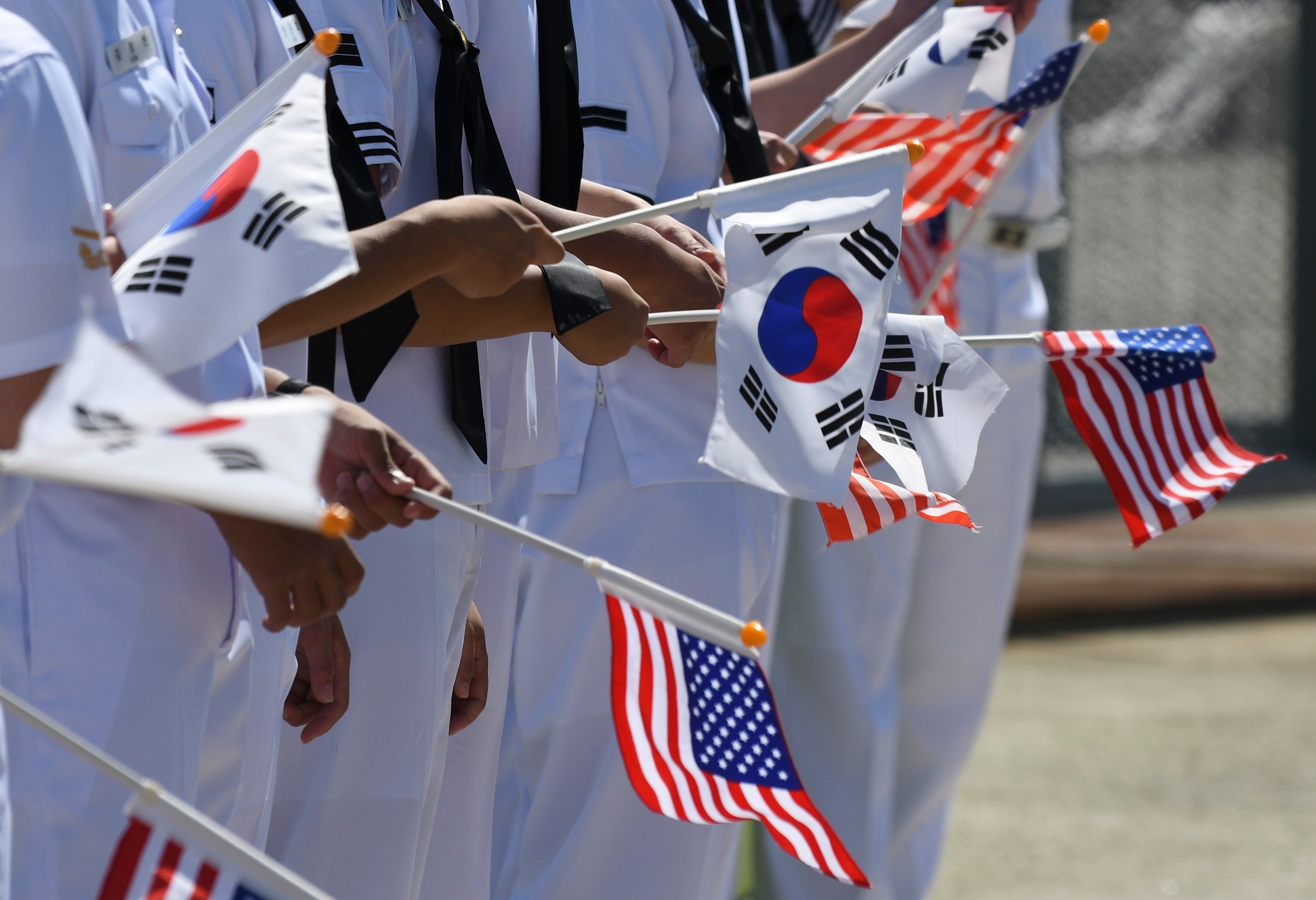 Over the next few years, the United States will likely press allies like South Korea harder to be ready for a conflict with China that may arise over Taiwan’s future, a leading scholar on global affairs at Johns Hopkins University said Tuesday.

The United States will struggle to win a war with Beijing without support from allies, said Hal Brands, speaking at a Wilson Center event on China, the Republic of Korea and the United States.

China’s current effort to modernize its forces should be complete in 2027 or so, while the United States continues to rely ”on a small number of bases, aircraft carriers and other large, expensive and highly vulnerable platforms,” Brands said. The United States probably does not have enough long-range, precision-strike munitions even for a short conflict.

“The bad news is the military situation is likely to get worse,” he said.

Brands said although the unity of response among European Union members, NATO and the United States came as a welcome surprise following the Russian invasion of Ukraine, what is actually needed in the case of China is to show they are willing to act together before military force is applied.

In his contribution to the center’s latest monograph, “Between the Eagle and the Dragon,” Brands wrote, “a war in which China confronts the combined military power of the United States, Japan, Australia, and Taiwan is different than one in which it confronts just Washington and Taipei. In some cases, it is a matter of strategic real estate” from India across the entire Pacific.

Allies and partners could provide needed industrial base capacity in areas from shipbuilding to ammunition production, as well as economic and technological punishment on China, he said.

Allies might also hesitate in showing their support against China if Beijing invades Taiwan because China is the largest trading partner, Brands said.

Yet, “the possibility of a coalition response is the best way to deter” an aggressive China, he said.

In his keynote address, noting that China “is critical to every single country” in the Indo-Pacific and the United States, Edgar Kagan, senior director for East Asia and Oceania at the National Security Council, said, “it’s not a zero sum game” when it comes to Washington’s competition with Beijing. Every country “has to figure out how to have better relations with China” while preserving their independence.

Using South Korea as an example, Elizabeth Economy, senior advisor for China in the Commerce Department, said there’s some interest in Seoul political circles about being more responsive when it comes to Taiwan and China’s increasing threat to re-unite the self-governing island with the mainland by force.

But that willingness to help is tempered by recalling Beijing’s response to Korea’s deployment of the American-made “heater High Altitude Air Defense (THAAD) system. China, seeing the system as a potentially offensive weapon, imposed wide-ranging embargoes on Korean manufacturers of electronics and auto manufacturers. 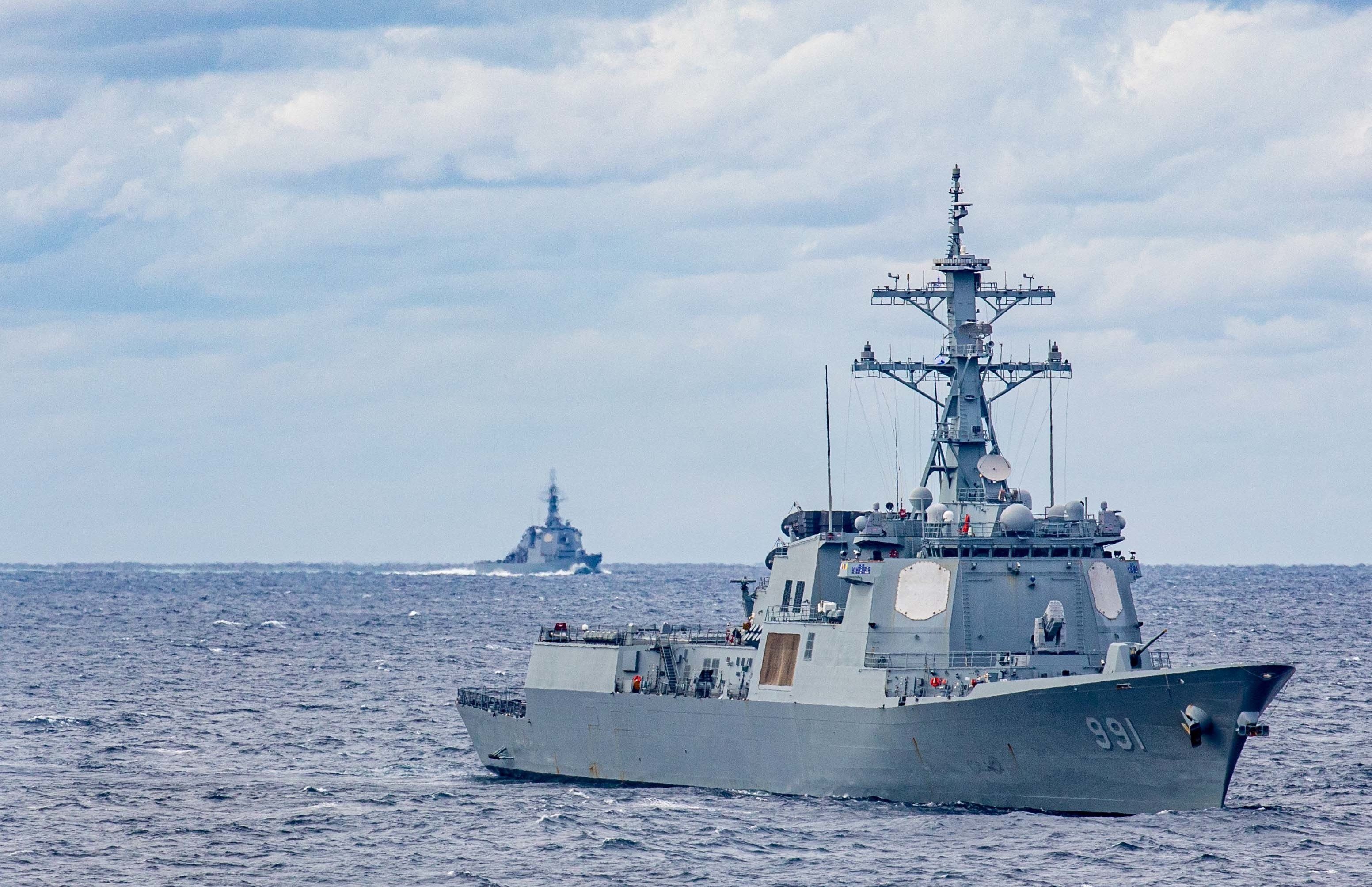 Ships from the U.S., Japan and Republic of Korea conducted a trilateral ballistic missile defense exercise in the Sea of Japan, on Oct. 6, 2022. US Navy Photo

Seoul is also cautious when antagonizing Beijing because China is an ally of North Korea, Seoul’s most immediate threat with large conventional forces and nuclear weapons.

Chinese President Xi Jinping, despite assuming an unprecedented third term as president and head of the Communist Party, is facing new challenges as 2022 comes to a close, said Jude Blanchette, a China specialist at the Center for Strategic and International Studies.

The lockdowns are continuing to slow an economy that is built on exports. Many manufacturing plants are again closed to stop the pandemic’s latest surge, making it difficult for China to get its economy moving again domestically and rebuild supply chains to restore foreign trade, Blanchette said.

“It’s difficult to predict what China might do” even a year ahead, Blanchette said.

Meg Lundsbarger, a former senior official at the International Monetary Fund, said Xi and the party must adjust to China’s aging population and its needs, but she doubted Beijing’s ability to shift to a consumption-based economy that would require.

Xi and the party leadership weren’t in “a good place to navigate” these domestic concerns at the same time as foreign investors are pulling back or out of China, she added.

But Blanchette added, Xi “is not going to change his world view,” starting with insisting on domestic control and China as a global power.

Kagan saw encouraging signs in closer cooperation among Washington, Seoul and Tokyo on security and economic issues that would have been difficult to predict 10 years ago.

He saw a “real opportunity” for the United States and Korea in “aligning our technological innovation” efforts and diversification of manufacturing and the supply problems by being less reliant on China which resulted after COVID-19 reached pandemic proportions.