Attacks on Russia’s Black Sea fleet over the weekend are showing Moscow the vulnerability of its ships in port to new types of unmanned weapons, a Kremlin analyst at the CNA said Tuesday. Samuel Bendett said recent sea drone and unmanned aerial system swarm attacks have the potential to seize “the show going forward.” He […] 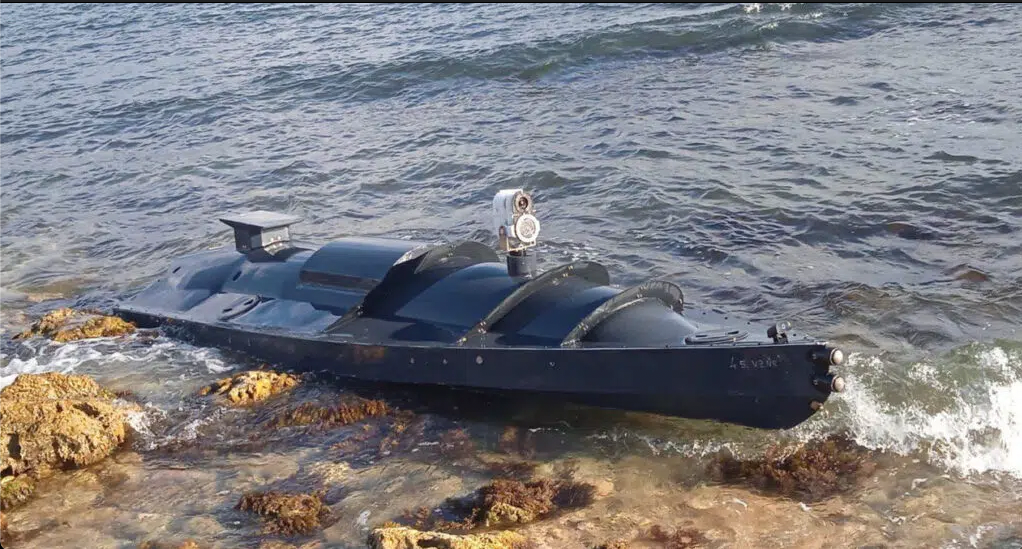 Attacks on Russia’s Black Sea fleet over the weekend are showing Moscow the vulnerability of its ships in port to new types of unmanned weapons, a Kremlin analyst at the CNA said Tuesday.

He added that buying commercial drones – particularly quadcopters for intelligence, surveillance and reconnaissance targeting for artillery and information operations – has been particularly useful in the war in Ukraine. “This flow of [quadcopters] isn’t likely to stop,” despite improved air defenses on both the Ukrainian and Russian sides, Bendett argued.

Both sides are “professionalizing” training their forces how to more effectively use these unmanned systems in combat as the conflict has become a ground war.

Bendett said Russia has in the past bought unmanned systems from Israel in 2021 to overcome gaps in reconnaissance for military operations. Moscow is now turning to Iran for “kamikaze drones,” loitering munitions to target Ukraine’s civilian infrastructure like power plants and water filtration and distribution systems, and missiles to rebuild its arsenal as the war moves into its ninth month.

“The Russians had a better chance on paper” of using unmanned systems in combat to great effect. “They certainly practiced with these technologies in Syria and elsewhere,” Bendett said.

Speaking at an online Brookings Institution forum, Bendett stressed that these systems are not autonomous, but are remotely piloted.

While Moscow was presumed to have an edge in unmanned systems, as well as information warfare and machine learning to translate battlefield data to action, that hasn’t been the case, the panelists agreed. Machine learning can be a “real game changer” in processing battlefield information, said Margarita Konaev, deputy director of analysis and at the Center for Security and Emerging Technology at Georgetown University.

But so far it hasn’t resulted in battlefield sucess for the Russians in Ukraine.

While “we’re still very much in the midst of this war,” what the Ukrainians and its allies are seeing is that Russian “transmissions often are not encrypted,” Konaev said. This means they are easily overheard, giving away intentions and position. She said the war is revealing that adopting innovative concepts like machine learning and artificial intelligence is fundamentally different from being able to deploy them at scale to influence battlefield events.

To be effective, the Russians must identify and remove bureaucratic barriers from these capabilities, Konaev added.

The Russians haven’t done this.

Looking at “why [the] Russians failed” in their information operations in Ukraine, Jaclyn Kerr, a nonresident fellow at the Strobe Talbott Center for Security, Strategy and Technology at Brookings, said capabilities like misinformation and propaganda “may not be useful in wartime.”

She said there likely is value in Russia strategically targeting an audience for information operations – such as the Poles who are now housing 3 million Ukrainian refugees – by claiming a number of the refugees are criminals in an effort to split NATO.

Gavin Wilde of the Carnegie Endowment for International Peace, said “Russian cyber capabilities haven’t lent themselves very well” to conventional war. In fact, the cyber meddling has had an opposite effect on the Ukrainians, strengthening their social cohesion in light of the invasion.

He added that this stems from a communist belief that “societies are largely manipulable.” The emphasis remains on winning “hearts and minds.”

One reason that Russian information and cyber operations, so far, have had relatively little impact on the fighting is that the nature of combat in Ukraine has changed to an infantry battle, said Tom Stefanick a visiting fellow in foreign policy at Brookings’ Talbott center. “Ground warfare has enduring principles … [like] humans taking and holding ground.” Infantrymen are concentrating on knowing where things are, where they came from and where they are headed.

In maneuver warfare, weather is a factor, Stefanick noted.

Stefanick said they are also exerting command and control through familiar uses of the electromagnetic spectrum. In that regard “the future of action is going to be driven by jamming and disrupting data” that is flowing back to commanders for action.

“It may be more effective to target things kinetically” than to rely on information operations to effect battlefield outcomes, Kerr said.