Australia needs its officers and sailors to learn how to operate American submarines now instead of waiting for construction on the country’s first nuclear submarine, the ranking Republican on a key congressional committee said Tuesday. Rep. Rob Wittman, (R-Va.) and ranking member on the House Armed Services Seapower and Projection Forces panel, said Australian sailors […] 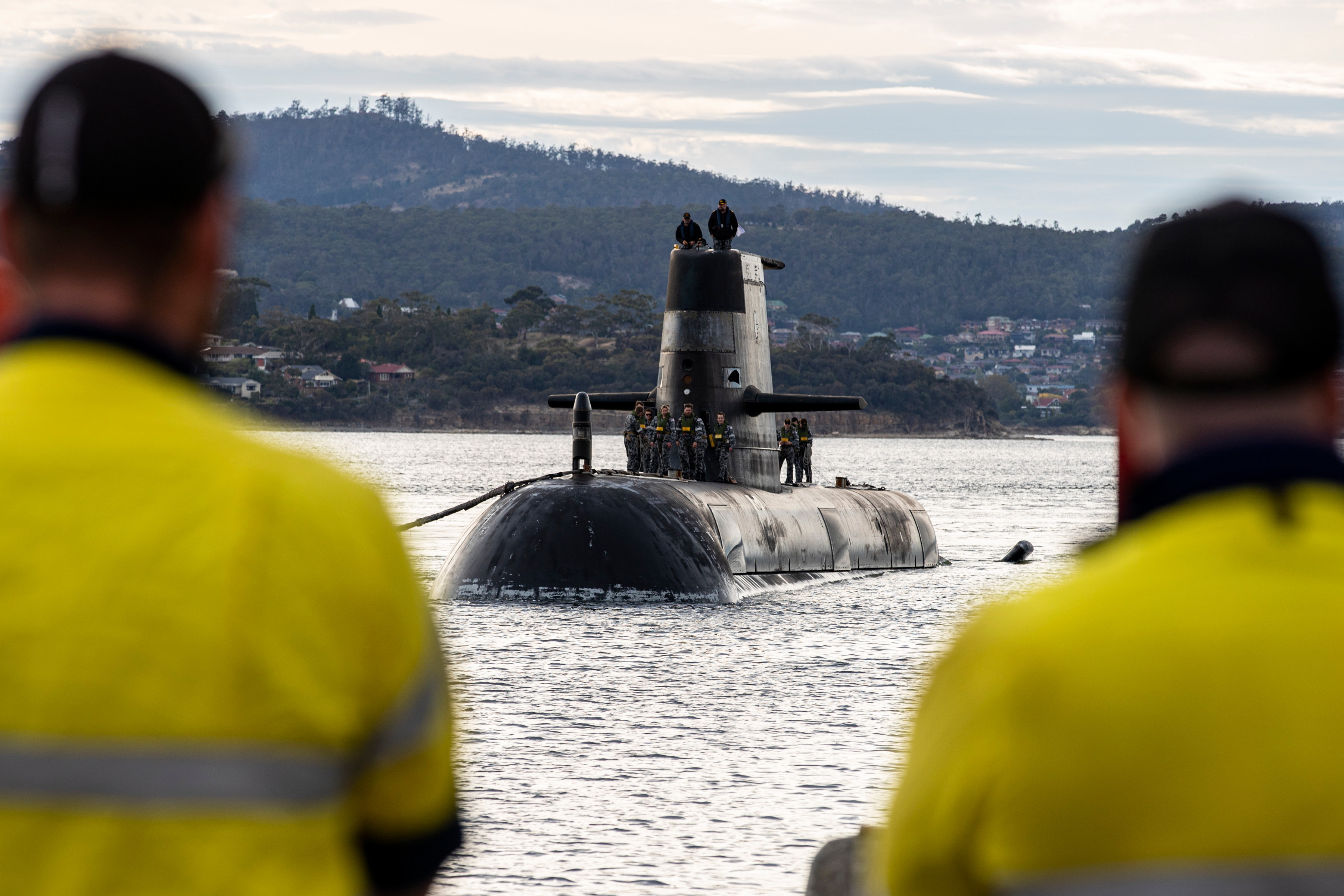 Australia needs its officers and sailors to learn how to operate American submarines now instead of waiting for construction on the country’s first nuclear submarine, the ranking Republican on a key congressional committee said Tuesday.

Rep. Rob Wittman, (R-Va.) and ranking member on the House Armed Services Seapower and Projection Forces panel, said Australian sailors and officers should be going to the Navy’s nuclear school and deploying aboard American submarines so they can learn how they operate at sea now.

In his assessment of what needs to be done immediately, Wittman included sending Canberra’s shipyard workers, engineers and designers to Electric Boat and Newport News to learn how to build, operate and maintain nuclear-powered submarines.

Australians’ “biggest challenge is going to be the workforce,” Wittman said at a Center for Strategic and International Studies talk.

Wittman dismissed the idea that Canberra could simply buy a Virginia-class submarine and go from there, as Australia is halfway through the 18-month period in which priorities are to be set on Australia’s building of a nuclear submarine and exchanging other high-technology innovations with the United States and United Kingdom.

Even if all these steps to train the Australians take place soon, Wittman voiced concern over the possible gap of launching the first nuclear-powered sub and having to retire some of its existing diesel-powered boats as the threat from China grows.

Speaking at the same forum, Ely Ratner, assistant secretary of defense for Indo-Pacific security affairs, said reaction among other nations in the region to Australia’s decision to build a nuclear submarine force to counter China has been viewed as “contributing to regional security.”

“Seapower is going to be the linchpin issue” in determining the future of the South China Sea, Wittman said. The Chinese “never ask for permission” as they assert sovereignty over parts of the region that international tribunals have ruled belong to other nations. Bullying by naval militia or its coast guard is a tactic that the Chinese continue to use in disputes with the Philippines and other nations overfishing rights and mineral exploration.

Countering China is something Washington, “cannot do by itself,” Wittman said, and it needs a “regional fabric” of like-minded partners and allies, like Australia, Japan, the Philippines, Thailand and Korea.

On the Quad, the informal security and economic relationship among the United States, India, Japan and Australia, Wittman said the other members want to ensure “the U.S. does what it says it’s going to do” in the Indo-Pacific militarily, diplomatically and economically.

For the United States, “it’s not only the number of ships” that it can deploy but their capability to operate globally as China expands its fleet to meet its ambitions, Wittman said. “China has interests not only in the South China Sea but around the world,” he said.

Wittman said Beijing has 460 ships in its fleet and is “building capable destroyers … and its own aircraft carrier,” rather than buying from another country, on a faster pace than the United States. 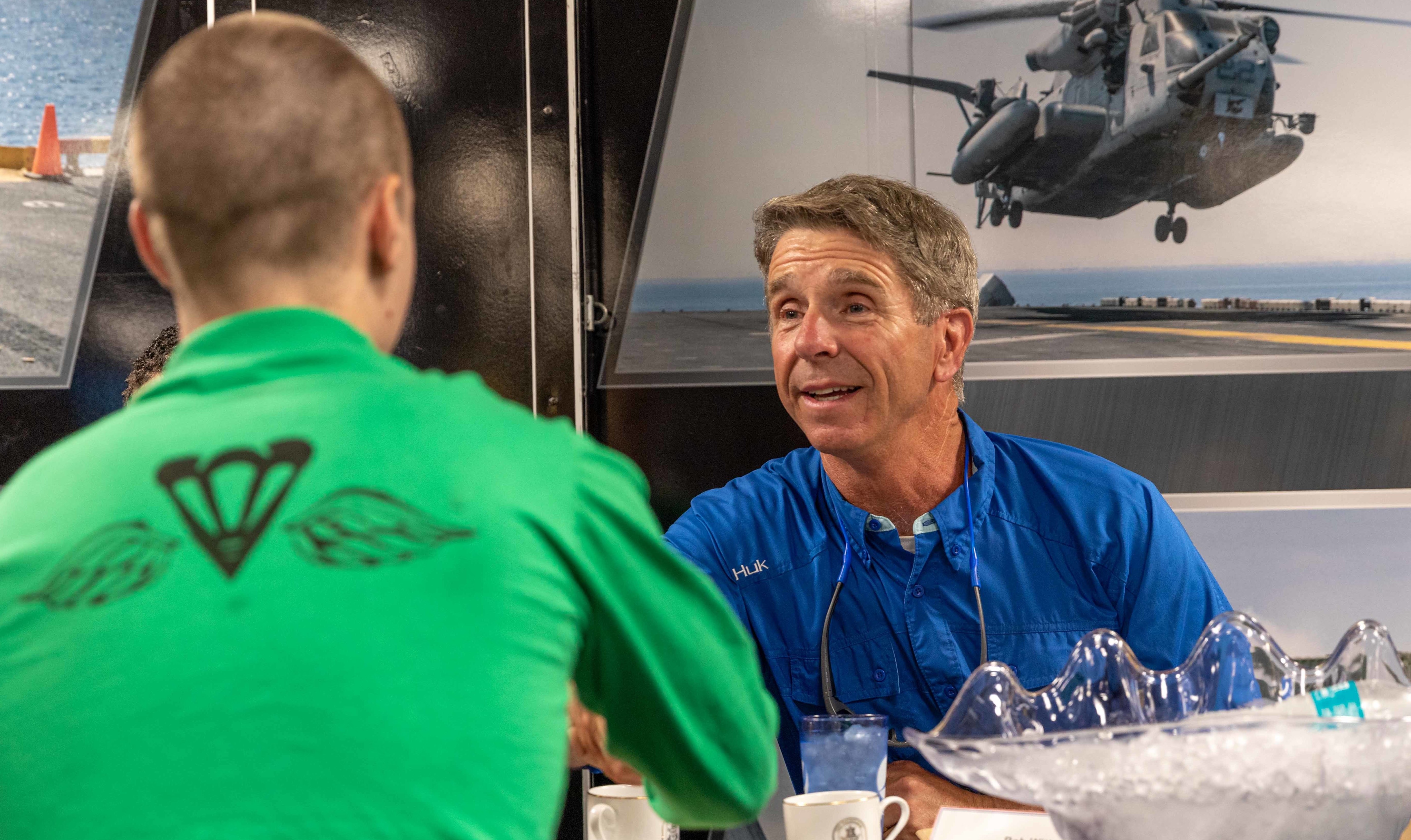 He added the House version of the National Defense Authorization Act calls for building 13 ships while retiring 12. At the same time, if his amendment holds through the conference with the Senate panel, some of the retiring Littoral Combat Ships would be transferred to partners in the Indo-Pacific building their capacity and capability.

The Navy’s force design plan for 2045 calls for a fleet of 373 manned vessels and 150 unmanned surface and underwater vehicles. The present requirement in statute is a fleet of 355 manned ships.

When asked about the high costs of shipbuilding, Wittman suggested that one way to lower the price tag on the first in class would be to spend more time on design before going to construction. The Navy should have 85 to 90 percent of a complete design before building, rather than the 45 percent currently used, he said.

If the Navy does that, “we will be able to reduce” overall costs for that first ship and projected maintenance for the class, Wittman said.

Looking at recruiting and retention, he said, “we ask a lot of our sailors” and their families with deployments running months longer than scheduled. But the prolonged periods when a ship is in maintenance for months has proven a growing worry with the rising number of suicides reported on carriers in for refueling.

Here, too, delays on scheduled completion are commonplace, and work continues all day and night. There are few places for sailors who must stay aboard can go to for a break from the noisy routine of life aboard the carrier in a shipyard, Wittman said.

“The leadership in the Navy better get this on track,” referring to sailors’ living conditions onboard these ships and work completion on time.