Congress is considering a new multi-ship deal to buy up to 15 guided-missile destroyers for the Navy over the next five years, two legislative sources familiar with the deliberations told USNI News on Thursday. The deal would authorize a 10-ship multi-year deal with options to buy five additional Flight III Arleigh Burke-class destroyers from Fiscal […] 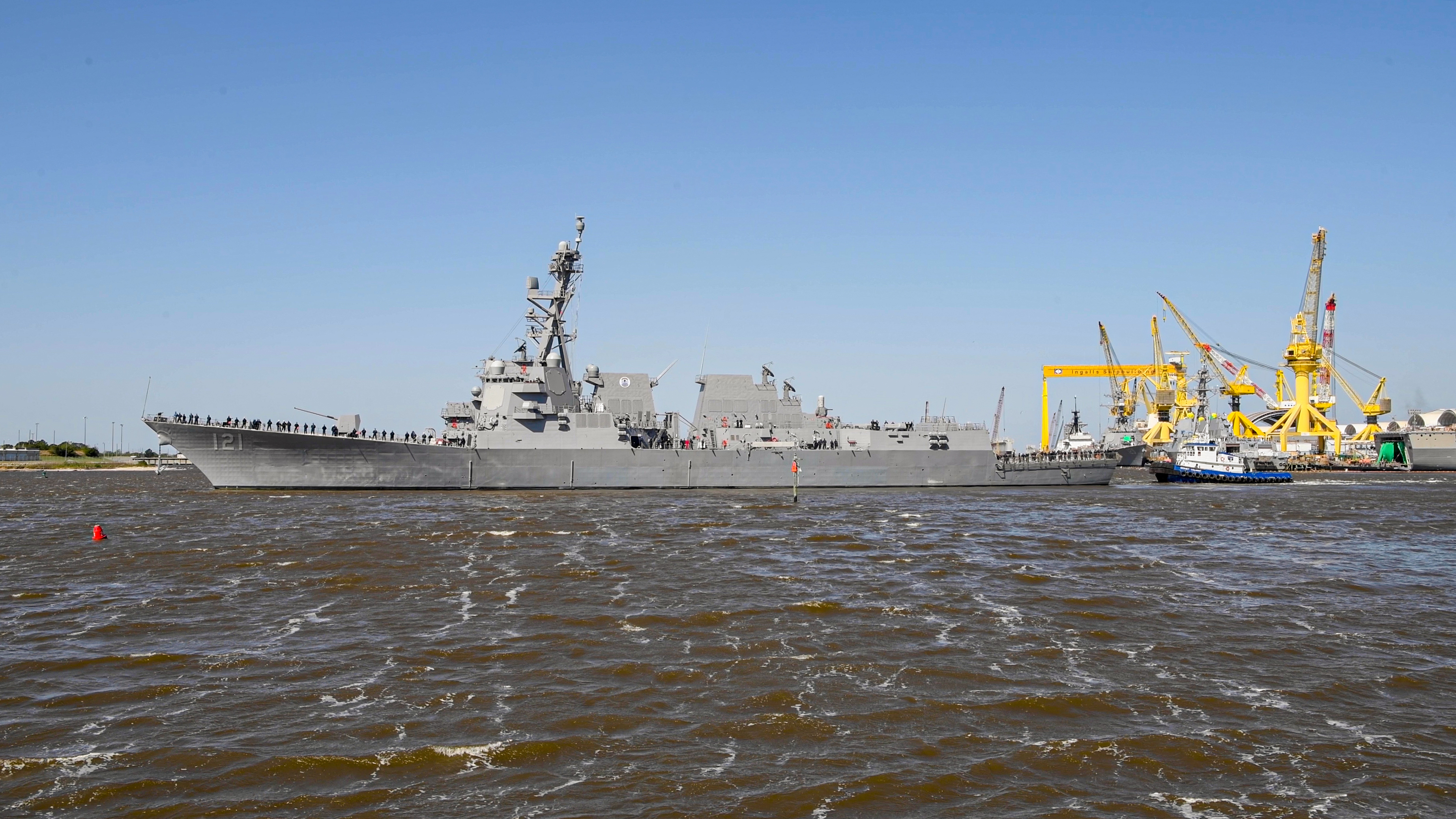 Congress is considering a new multi-ship deal to buy up to 15 guided-missile destroyers for the Navy over the next five years, two legislative sources familiar with the deliberations told USNI News on Thursday.

The deal would authorize a 10-ship multi-year deal with options to buy five additional Flight III Arleigh Burke-class destroyers from Fiscal Year 2023 to 2027. The work would be split between General Dynamics Bath Iron Works in Maine and HII’s Ingalls Shipbuilding in Mississippi.

If approved by Congress, the multiyear contract would extend the DDG-51 line to 104 hulls through DDG-153.

The move would push the Navy well beyond its initial FY 2023 budget request, in which the service asked for a nine-ship multi-year deal with an option for a tenth ship. Last month, Republicans were considering pushing the Navy towards an 11 ship multiyear but the plan has expanded to 15 with bipartisan support, the sources told USNI News.

The multi-year deal would set HII and BIW on a path to build three ships per year, with the majority of the work likely headed to Ingalls, USNI News understands.

BIW has been plagued with production setbacks over the last several years, with a backlog of work exacerbated by the COVID-19 pandemic. Last year the yard delivered USS Daniel Inouye (DDG-118), which had originally started construction in 2014. Former BIW president Dirk Lesko initiated a drive to improve DDG deliveries, which have lagged due to a combination of COVID-19 delays, labor problems and supply chain difficulties.

Lesko left the job with no warning last month following a negotiation with the shipyard workers represented by the International Association of Machinists and Aerospace Workers’ Local S6. He was replaced with an executive from General Dynamics Gulfstream, the company’s private jet arm, USNI News reported earlier this month.

“They’re at about [delivering] one a year. My question is, when can you get to 1.5?” Gilday said.

HII’s Ingalls Shipbuilding in Pascagoula, Miss., has had a better track record, delivering five destroyers since 2014.

The Mississippi yard, which builds the Navy’s San Antonio and America-class amphibious warships and the Coast Guard’s National Security Cutters, has expanded its footprint as of 2020, the company announced.

In the last two days, legislators in the House and Senate have pushed the Navy on how many ships industry could produce.

During his testimony before the House and Senate this week, Gilday said the service wanted to maximize the Virginia-class attack submarine, the emerging Columbia-class ballistic missile submarine and production of high-end missiles.

For subs, Gilday said General Dynamics Electric Boat in Groton Ct., and HII’s Newport News Shipyard in Newport News, Va., could maintain a pace of two attack boats and one boomer per year. On destroyers, Gilday said the level was closer to two per year.

During a Navy budget hearing on Thursday, Sen. Mazie Hirono (D-Hawaii) sought to clarify the Navy’s view of the industrial base.

“I checked with the shipbuilders, and they said that they could build additional ships,” she said. “We need to come together on whether or not 15 ships is what we can actually get to.”

Lawmakers this week criticized the Navy’s shipbuilding plan. Rep. Mike Waltz (R-Fla.) asked Gilday what the Navy needs to take on China at sea after showing a chart that the People’s Liberation Army Navy (PLAN) would have 100 more warships by 2027 – the end of the Pentagon’s current five-year budget plan and when the Defense Department estimates China will reach military overmatch against the U.S. in the Western Pacific.

“We have allowed this committee and the building to fall into a false choice of readiness versus modernization. I think the real choice is how much money should you be asking for to be ready to win. I don’t want to pace. I want to overmatch. I want to win in the next five years,” Waltz said on Wednesday.
“These budgets are setting us up to lose in a war with China. That is a disservice to sailors who are going to be out there on old broken-down ships and outnumbered in five years. With this [Future Years Defense Plan] what we’re buying is what we have to go to war.”

In response Gilday said, “you’re not going to change significantly between now and 2027 and so our emphasis is to deliver for the nation, the most lethal, the most ready, the most capable Navy that we can based on the resources that we have.”

Over two days of budget hearings before the House and the Senate, Gilday made the case for the Navy to increase its offensive weapons arsenal between now and 2027 as a hedge against conflict with China.

“What we’re trying to do is maximize domestic production lines to send a demand signal so we can fill our magazines with weapons and make sure that if the fight does go down tonight, or in the 2027 timeframe, that we’re ready to go,” Gilday told Sen. Jack Reed (D-R.I.) during Thursday’s Senate Armed Services Committee hearing.