The Navy wants its new two-star safety command to evaluate risk and safety in a similar way to how the service looks at the health of its ships, the number-two officer told Congress today. Adm. Bill Lescher, the vice chief of naval operations, compared the recently established Naval Safety Command to the Board of Inspection […] 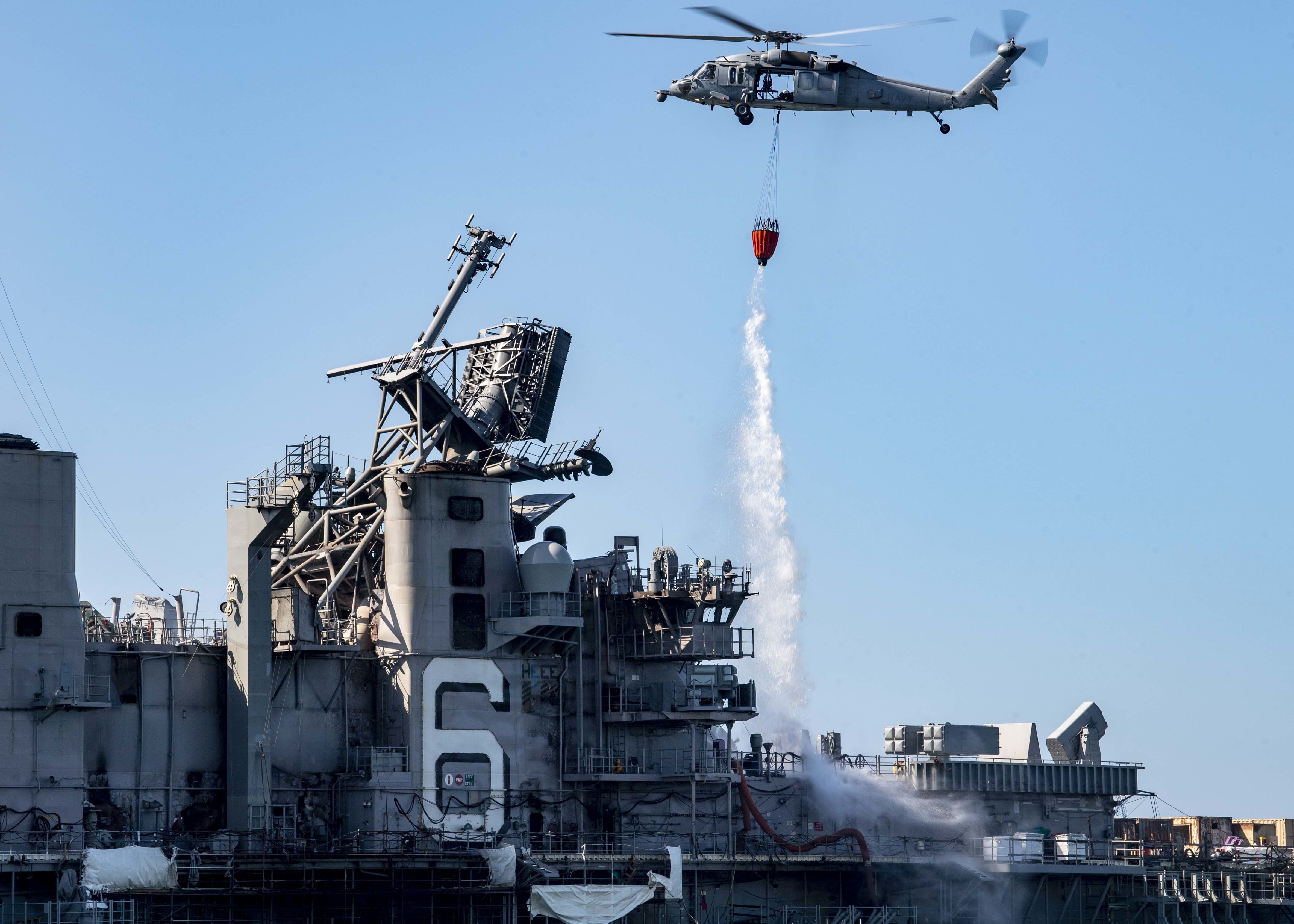 The Navy wants its new two-star safety command to evaluate risk and safety in a similar way to how the service looks at the health of its ships, the number-two officer told Congress today.

Adm. Bill Lescher, the vice chief of naval operations, compared the recently established Naval Safety Command to the Board of Inspection and Survey (INSURV), which evaluates the condition and readiness of ships.

“It will include – in the same best practice as INSURV does – an assessment of the unit’s ability to self-assess, which is fundamental to this get real, get better orientation that will scale the learning. INSURV evaluates a unit and a unit commander’s ability to self-assess material condition. Safety Command will assess that for safety performance,” Lescher told a joint hearing held by the House Armed Services seapower and projection forces subcommittee and the HASC readiness subcommittee.

Last month the Navy formally converted its Naval Safety Center into the Naval Safety Command, which has a two-star admiral at the helm. The service has said the goal in transitioning to a formal command is to incorporate safety assessments throughout the entire fleet.

Standing up the Naval Safety Command grew out of the Major Fires Review, an evaluation the Navy performed in the wake of the fire aboard former amphibious warship USS Bonhomme Richard (LHD-6). The fire burned for several days, ultimately leading the Navy to scrap the warship, which was nearing the end of a maintenance period that included $250 million in upgrades.

In his written testimony to the committees, Lescher described the new two-star command as a way for the Navy to evaluate “the effectiveness of Fleet, Type Command, Systems Command, and Major Command safety oversight of their subordinate units; no-notice assessments of individual units in place of the former assist visits, with results passed up to the Fleet level; and checking prior Navy learning and recommendations as directed by the [Learning to Action Board].”

The Learning to Action Board is meant to help the Navy determine whether the Major Fire Reviews’ recommendations are actually implemented and if they’re having the correct impact.

“What we learned as part of the very strong conversation we had in November was that that instruction, those policies were not coming alive in the private shipyards and were not coming alive with the triad of the USS Bonhomme Richard,” Lescher said of the recommended fixes following the 2012 fire aboard attack submarine USS Miami (SSN-755).
“So we had unacknowledged risk, unseen risk, in terms of self-talk of we put a fix in place, but it was not widely being in the private shipyards effective. And so Learning to Action Board is a specific counter-measure to that effect.”

“Are those still in effect? Are they delivering the intended effect?” Lescher said of the recommendations following the investigations into the two collisions.

The Major Fires Review, released last year, assessed fires aboard Navy ships since 2012 and concluded that crews experience different risks and hurdles during maintenance phases compared to when ships are at sea.

One goal for the Naval Safety Command this year is to put out an updated Navy Safety Management System that focuses more on proactive risk assessments as opposed to reactive measures, Lescher said in his written testimony to the subcommittees.

“Naval Safety Command’s approach acts on the insight that the inability to strongly self-assess was a foundational causal factor for the Bonhomme Richard fire and other incidents. An equally high-leverage change is that the Naval Safety Command will not only assess front-line units on their safety performance, but will evaluate and hold accountable the entire chain of command for how it supports subordinate units in managing risk and building a strong safety culture,” Lescher wrote.

Asked by Rep. Elaine Luria (D-Va.) if the failures with BHR were due to cultural, training or programmatic issues, Lescher pointed to “organization drift” and a lack of training.

“My fundamental diagnosis of Bonhomme Richard was remarkable organizational drift and insufficiently intrusive ISIC. That’s a bad combination, so the question that then emerges is, why? What drove that? I believe our site picture on – we hadn’t properly trained our individuals going into these maintenance depots necessarily,” he told the subcommittees. “So the damage-controlled industrial certification being one remedy for that. It’s a very fair question on whether … by proliferating guidelines, regulations, instructions as a primary method of learning, that that’s not oversubscribing the ability of our triads and our people to process them.”