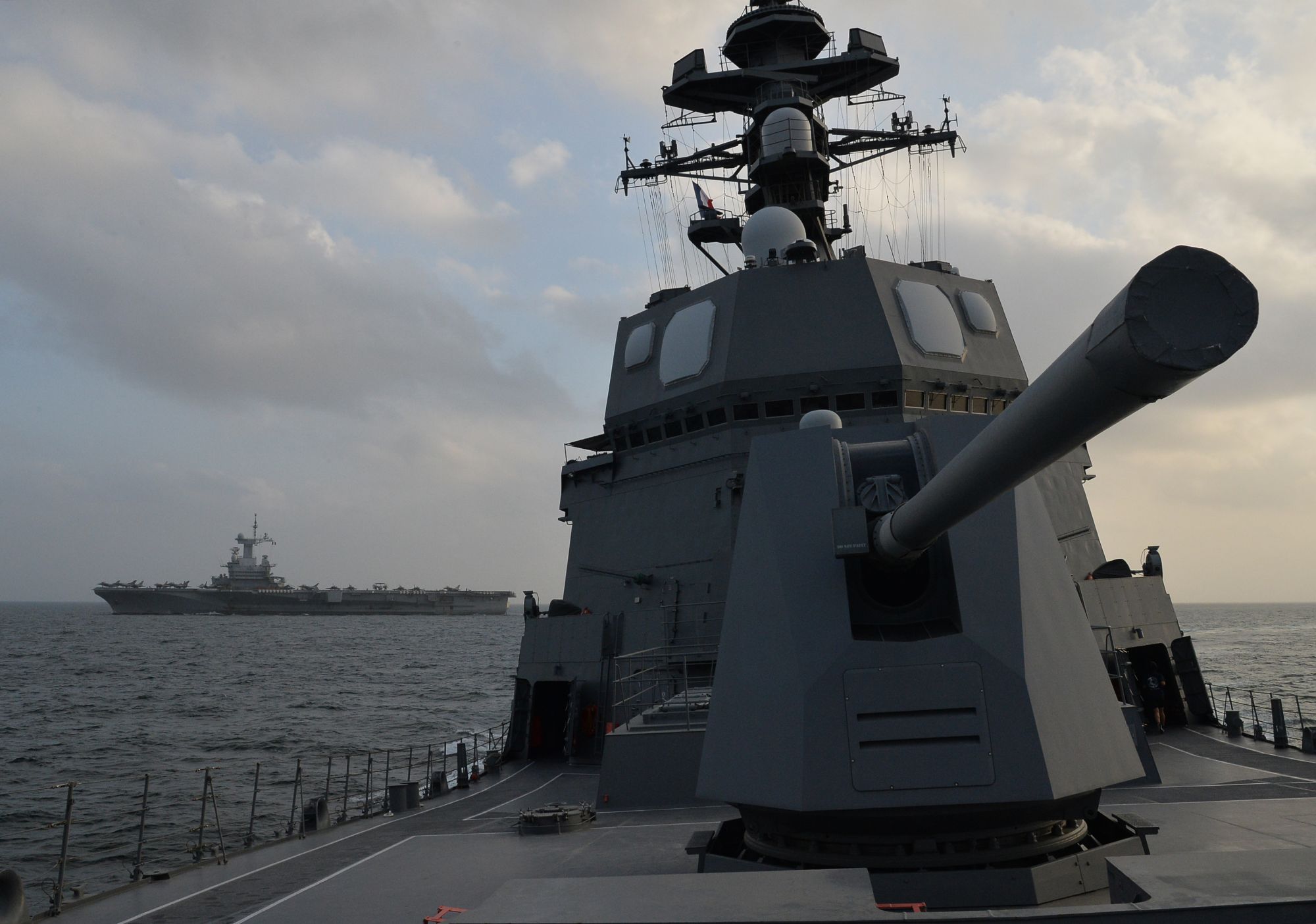 The Charles de Gaulle Carrier Strike Group is now in the Indian Ocean exercising with the Indian Navy. At the same time, three Rafale fighter aircraft embarked on FS Charles de Gaulle (R 91) deployed to Singapore as part of the Rastaban joint power projection exercise with the French Air Force.

On Tuesday, three Rafale fighters from Charles De Gaulle linked up with a French Air Force Airbus A330 Multi Role Tanker Transport (MRTT) to fly 2000 miles to deploy to the Republic of Singapore Air Force (RSAF) Paya Lebar Air Base. The three Rafales are expected to do an exercise with the RSAF before departing on Friday to return to the carrier.

Since 2009, the JMSDF has deployed a DSPE force that includes a destroyer and contingent of two JMSDF P-3C Orion MPAs that are based at Djibouti with a ground support group to conduct counter-piracy escort and surveillance missions. Destroyer JS Makinami (DD-112) will leave on Sunday for the 44th DSPE and relieve Suzutsuki.

Beginning on Thursday, JMSDF mine countermeasures ship JS Uraga (MST-463) and minesweeper JS Awaji (MSO-304) will leave Japan for the JMSDF’s Indo-Pacific and Middle East Deployment 2023 (IMED23), which will last until May 23. The four-month deployment will see the two ships making port calls to Brunei, Bahrain, Bangladesh, Cambodia, India, the Maldives, the Philippines, Singapore and Vietnam. The ships will also participate in the U.S.-sponsored International Maritime Exercise (IMX) and Cutlass Express 2023 held in the Middle East. 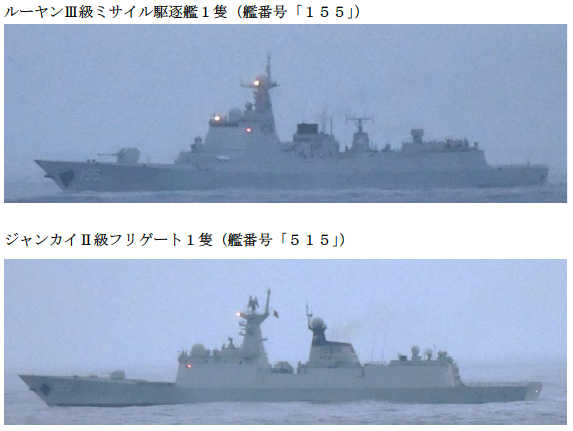 On Sunday, two People’s Liberation Army Navy (PLAN) warships made a transit through Japan’s Miyako Strait from the East China Sea into the Pacific Ocean, according to a Monday news release from Japan’s Joint Staff Office (JSO). On Sunday at 1 a.m. local time, the JMSDF sighted a PLAN destroyer and frigate sailing southeast in an area 120 kilometers northeast of Taisho Island. Hull numbers and images in the release identified the ships as destroyer CNS Nanjing (155) and frigate CNS Binzhou (515). The two ships subsequently sailed southeast through the Miyako Strait and into the Pacific Ocean, while replenishment ship JS Hamana (AOE-424) and a JMSDF P-1 MPA of Fleet Air Wing 1 based at JMSDF Kanoya Air Base, Kyushu monitored them, according to the release.