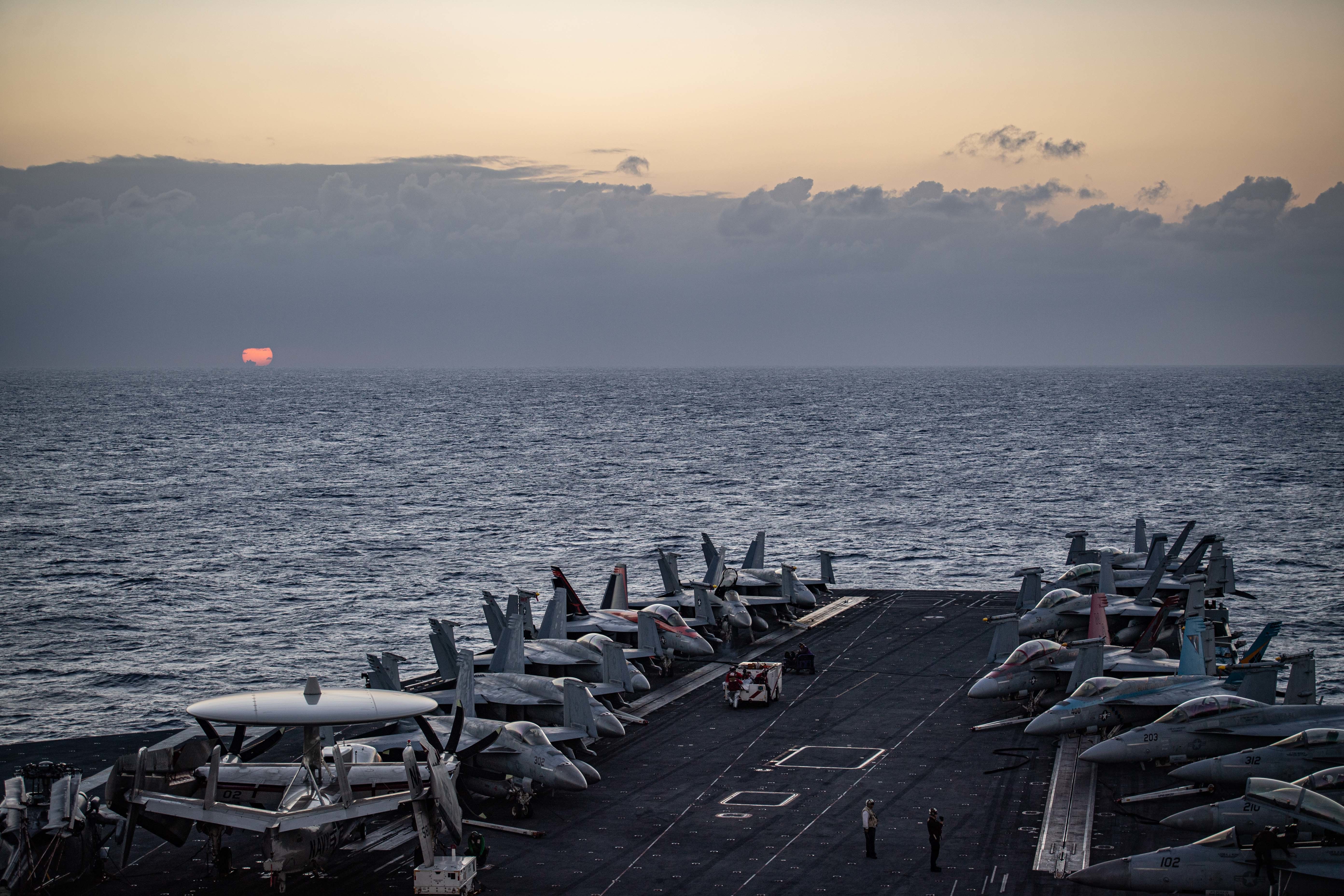 The strike group will conduct routine operations in the South China Sea, including maritime strike training, flight operations and anti-submarine activities, according to the 7th Fleet news release.

“The Nimitz Carrier Strike Group has the capability to deliver integrated lethal and non-lethal effects from space to undersea, across every axis, and every domain,” Rear Adm. Christopher Sweeney, commander of CSG 11, said in the release. 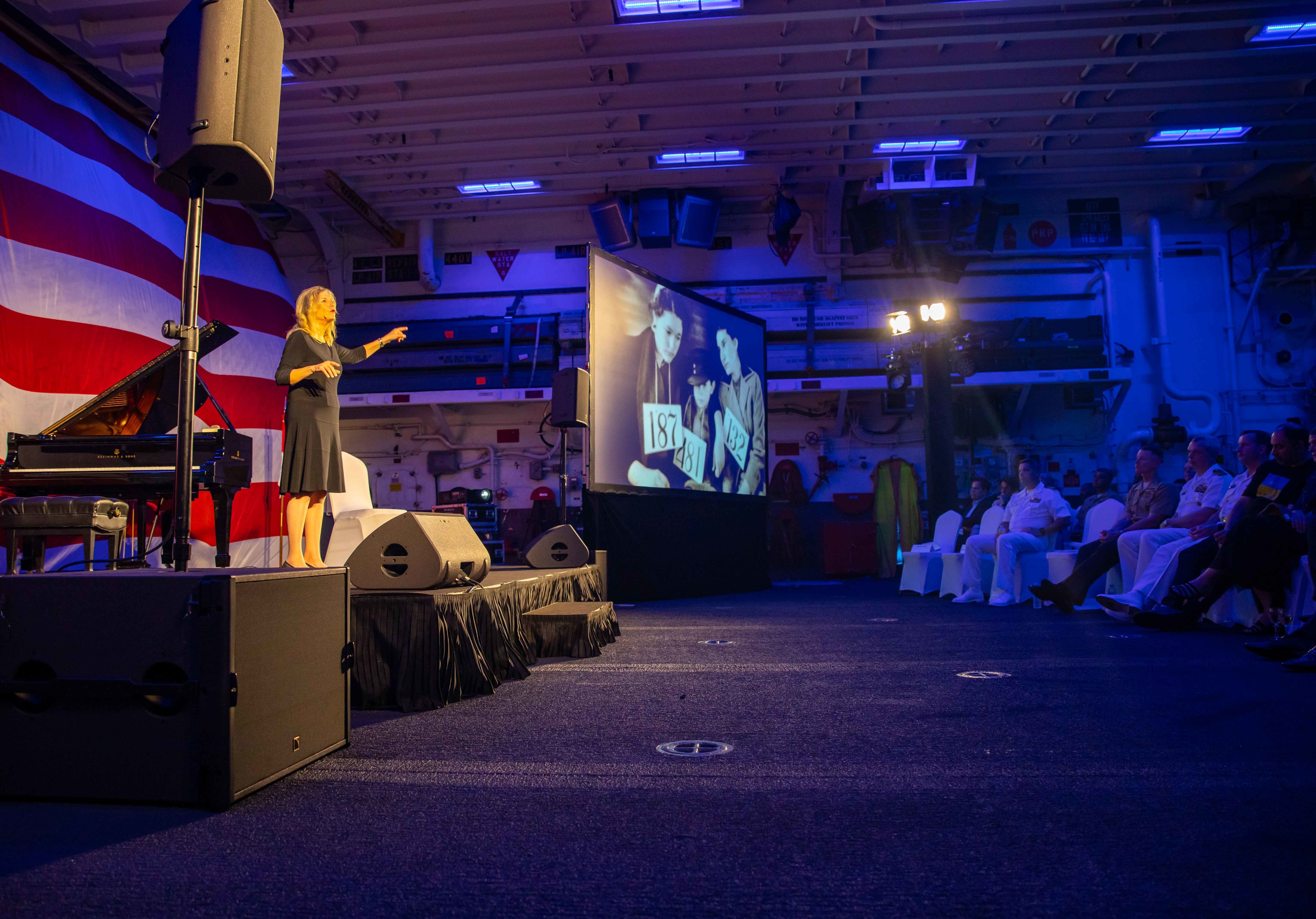 Concert pianist Mona Golabeck performs during a reception hosted by the U.S. embassy in Singapore and in the hangar bay of amphibious assault ship USS Makin Island (LHD-8) on Jan. 10, 2023. US Navy Photo

The Makin Island ARG and the Republic of Singapore Navy (RSN) wrapped up the Singapore phase of the 2022 Cooperation Afloat Readiness and Training (CARAT) exercise serials Friday.

The exercise was held from Monday to Friday with over 2000 personnel from both countries participating, according to a Singapore Ministry of Defence release. The shore phase was held at Changi Naval Base, while the sea phase saw the ships and other participating assets conducting various exercise serials such as ship-to-shore training in waters off Pulau Sudong within Singapore territorial waters. 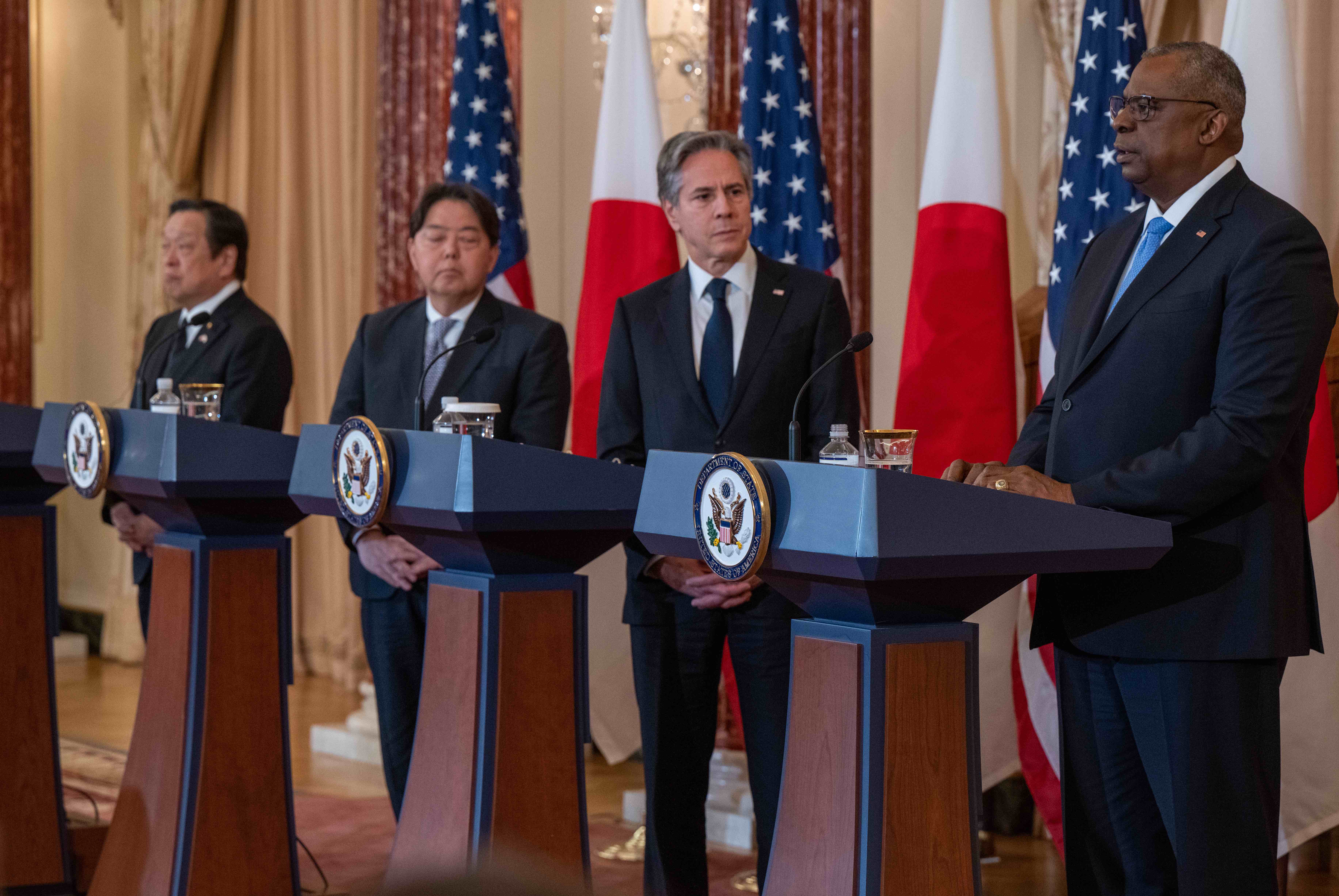 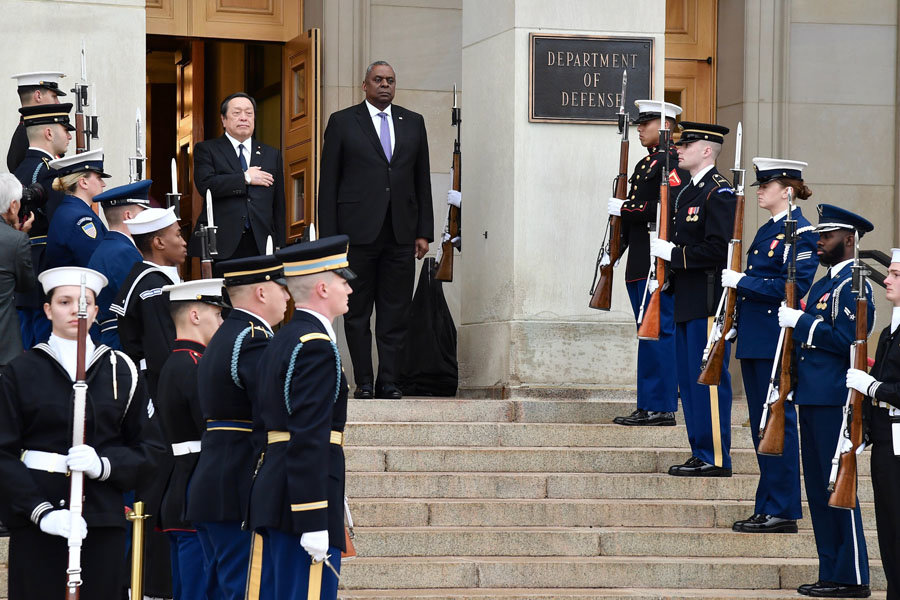 Following the meeting, the two defense chiefs pledged to have intensive discussions on roles and missions of the U.S-Japan alliance based on the fundamentally reinforced defense capabilities of Japan with each of their administrations. Both confirmed the necessity of deepening discussions on various areas including effective operation of counterstrike capabilities under the bilateral cooperation, joint efforts to deter the occurrence of contingencies from peace time and prompt and effective bilateral coordination at every phase.

U.S. Air Force MQ-9s will also temporarily deploy to Maritime Self Defense Force Kanoya Air Base, according to the release. Operations of the U.S-Japan Bilateral Information Analysis Cell from the perspective of strengthening intelligence, surveillance and reconnaissance (ISR) capabilities are also expected to commence.

In a Thursday Department of Defense readout, Austin underscored the unwavering U.S. commitment to the defense of Japan, including U.S. extended deterrence provided by the full range of conventional and nuclear capabilities. Both defense chiefs welcomed increased co-development opportunities and supply chain security cooperation with the signing of the Memorandum of Understanding for Research, Development, Test and Evaluation Projects (RDT&E) and the Security of Supply Arrangement (SOSA), according to the readout.

A Department of Defense release on Thursday stated that The RDT&E MOU is a legally binding agreement in which DoD and the Japan Ministry of Defense commit to increasing opportunities for U.S.-Japanese collaboration on emerging technology to improve defense capabilities. The MOU will support the U.S-Japan alliance’s efforts to maintain its technological edge in critical and emerging technologies, such as high-power microwaves, autonomous systems, and counter-hypersonics. It added that through the SOSA, the United States and Japan agree to exchange reciprocal priority support for goods and services that promote national defense. The arrangement creates a streamlined mechanism for DoD and MOD to request expedited handling of industrial resources to resolve unanticipated supply chain disruptions to meet national security needs.

In a press conference with the Japanese media following his meeting, Hamada stated that in the future, cooperation with the U.S. will become increasingly important as Japan implement its new strategy. Hamada declined to answer a question on the acquisition of Tomahawk cruise missiles as part of the counterattack capabilities, stating that he will speak on the acquisition in later media briefings.

In China on Tuesday, the People’s Liberation Army Navy (PLAN) 43rd Chinese Naval Escort Taskforce consisting of destroyer CNS Nanning (162), frigate CNS Sanya (574) and replenishment ship CNS Weishanhu (887) departed from their base in Zhanjiang, Guangdong province, China to relieve the 42nd Chinese Naval Escort Taskforce of destroyer CNS Huainan (123), frigate CNS Rizhao (598) and replenishment ship CNS Kekexilihu (968), which are currently on station in the Gulf of Aden carrying out the PLAN anti-piracy deployment that has been ongoing since the end of 2008.