As China builds up its nuclear weapons arsenal and expands its conventional military forces, United States allies in the Pacific are asking Washington for an extended deterrence alliance in the region, three security experts said Wednesday. Toshi Yoshihara, a senior fellow at the Center for Strategic Budgetary Assessment, said China has played up the idea […] 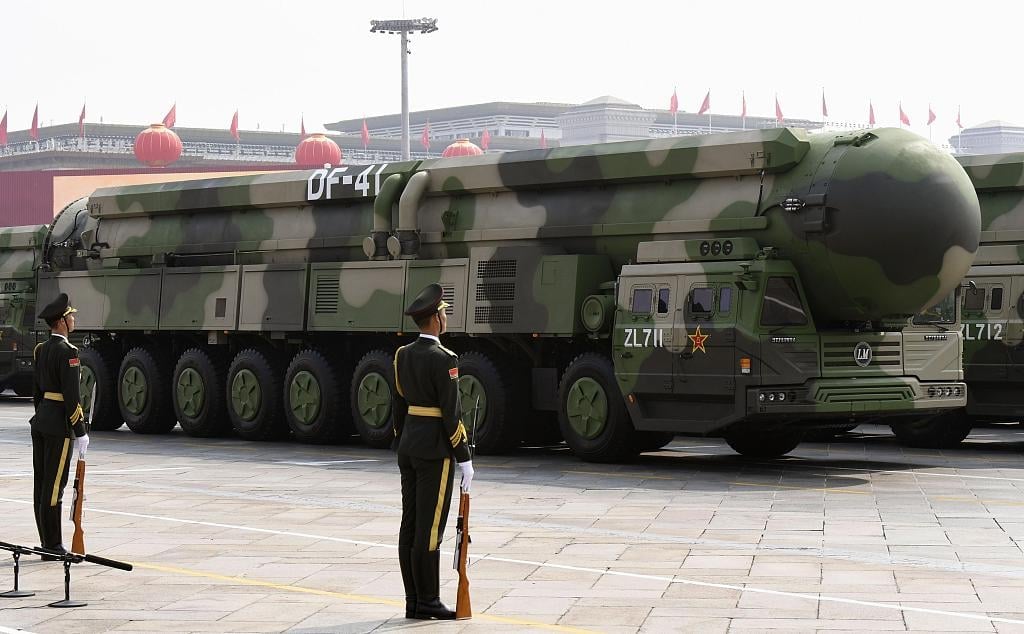 As China builds up its nuclear weapons arsenal and expands its conventional military forces, United States allies in the Pacific are asking Washington for an extended deterrence alliance in the region, three security experts said Wednesday.

Toshi Yoshihara, a senior fellow at the Center for Strategic Budgetary Assessment, said China has played up the idea that extended deterrence “tends to be very fragile” when a crisis arises. Beijing believes it could split apart allies before a conflict with the threat of using theater nuclear weapons he said.

This immediate threat from China to use nuclear weapons against U.S. allies – like Japan and the Republic of Korea – in Northeast Asia has caused Tokyo and Seoul to consider new security arrangements, Yoshihara said. Efforts to reposition nuclear weapons in the region and drafting new agreements on employment that were once “unthinkable” could now be possible.

There is no treaty arrangement like NATO in the Indo-Pacific that has a consultative process for the use of nuclear weapons, the panelists noted.

Russia has used this same threat of using theater nuclear weapons since 2014 and raised the possibility again following major setbacks in its invasion of Ukraine. Both Moscow and Beijing have included this option in publicly announced military doctrine.

China is building hundreds of new missile silos in the western part of the country, fielding road mobile intercontinental ballistic missiles, developing a fleet of new strategic bombers with improved long-range strike capabilities and putting to sea additional ballistic missile submarines, Yoshihara noted. These developments mark “a change in tone” in what analysts believed Beijing’s ambitions were as late as 2010.

Gone is the “mean and effective force” of sea- and land-based nuclear weapons to deter attack, replaced with a force fitting with President Xi Jinping’s goal of China possessing “a world-class military” that is capable of acting regionally and globally.

Speaking at the Heritage Foundation online event, Franklin Miller, a principal at the Scowcroft Group, described China’s nuclear build-up “as highly impressive.” He noted that the build-up happened as Beijing probed western resolve over its building of artificial islands in the South China Sea, territorial claims across the Indo-Pacific, harassment of neighbors like Taiwan and Vietnam and provocative maritime activities around the Japanese Senkaku Islands.

“What is the aim of this build-up” at all levels of range and across the triad, he asked rhetorically.

Miller and the others said the major consequence of what is often called the “Chinese nuclear breakout” is that “we must be thinking of deterring Russia and China simultaneously,” not consecutively. The question the U.S. must answer is “can we cover the targets Russia and China hold most dear” to deter the two nations.

When answering that question, “we need to have a sense of urgency” that includes pursuing missile defense for Guam, potentially expanding the Australia United Kingdom United States (AUKUS) technology transfer agreement to include Japan and South Korea, and rebuilding America’s own conventional weapons arsenal.

Brad Roberts, former deputy assistant defense secretary for nuclear and missile and defense policy, said it also means Washington needs to handle threats in Europe and in the Indo-Pacific.

Several times during the discussion, Russia’s and China’s previous declaration of a “no limits” partnership came up as a possibility that could set off simultaneous crises. But what the partnership actually means after the Kremlin’s unprovoked invasion of Ukraine is unclear.

Roberts said the nuclear posture the United States has now reflects the end of the Cold War. “That posture is just of alignment” with the changed circumstances globally. In addition to working more closely with allies, he said Washington’s current commitment to rebuilding the U.S. nuclear triad is actually a replacement strategy rather than a modernization one.

Other options that panelists offered to address an assurance and deterrence gap without trying to match Moscow and Beijing weapon for weapon are to ensure all bombers, including the F-35 Lightning II Joint Strike Fighter, are capable of carrying long-range stand-off missiles, build more B-21s than projected and extend the construction of the Columbia-class ballistic missile submarines.

Roberts stressed that while militaries may have a doctrine for how to use theater nuclear weapons during a crisis, there remains a “question of political engagement” on their employment. “This is a new problem, how do we deter Xi and [Vladimir] Putin?” He added, “Interestingly, Putin has backed down recently” from using nuclear weapons in Ukraine.