The Navy’s next-generation guided-missile destroyer could cost up to $3.4 billion a ship, while its next-generation SSN(X) attack boat could cost up to $7.2 billion – figures that are billions over the service’s own estimates, according to the Congressional Budget Office’s annual analysis of the Navy’s long-range shipbuilding plan. The procurement of both SSN(X) and […] 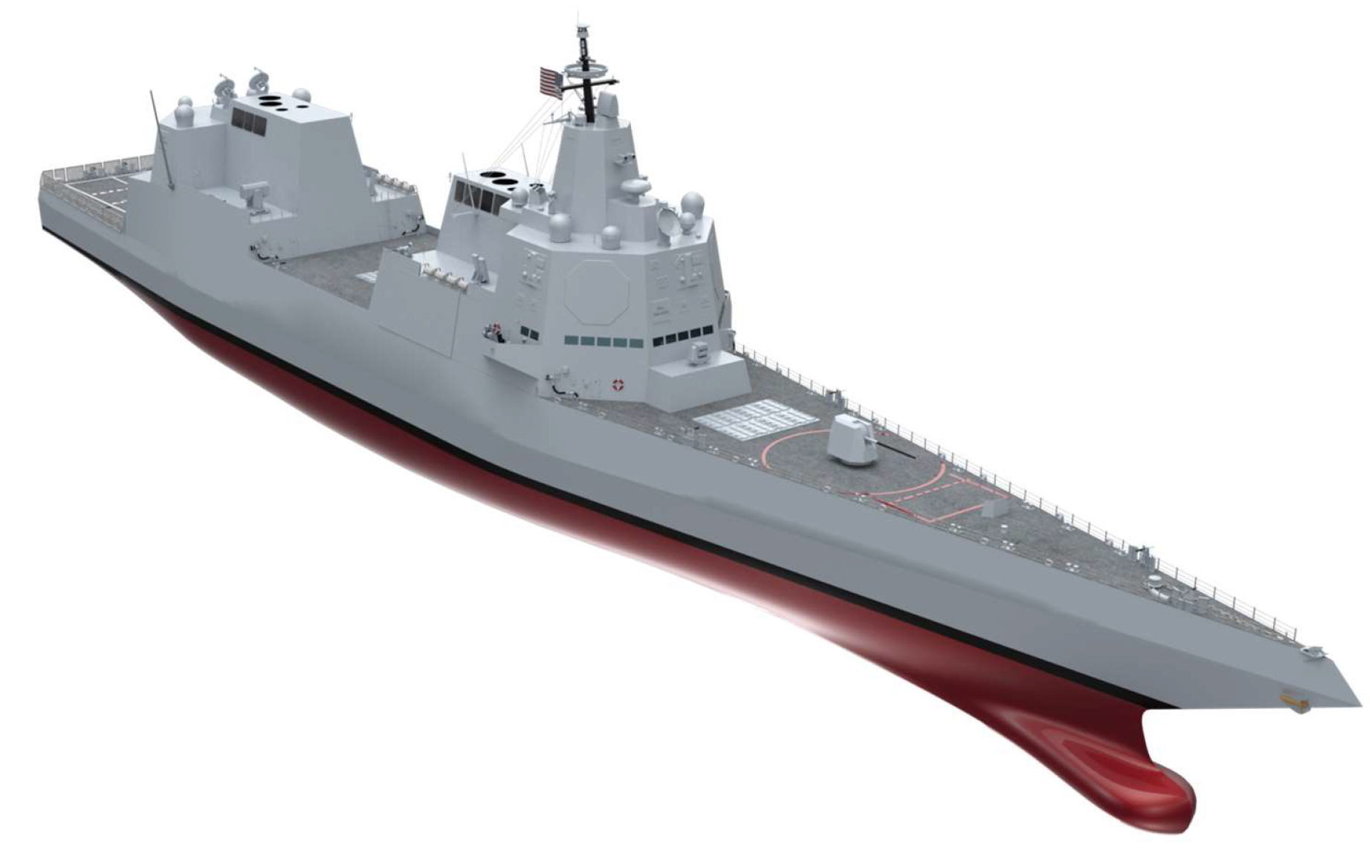 The procurement of both SSN(X) and DDG(X) comes as the Navy faces several years of flat budgets heading into the into the 2030s and as several major procurement programs compete for money within the service and with the priorities of the Office of Secretary of Defense. OSD took a more active role in crafting the Navy’s congressionally mandated Fiscal Year 2023 shipbuilding plan.

Instead of providing a single 30-year outlook for the Navy’s shipbuilding plan, the service instead issued three separate plants for FY 2023.

In all the estimates, CBO found that the Navy underestimated the cost of its shipbuilding plans by $4 to $5 billion annually over the 30-year life of the proposals. 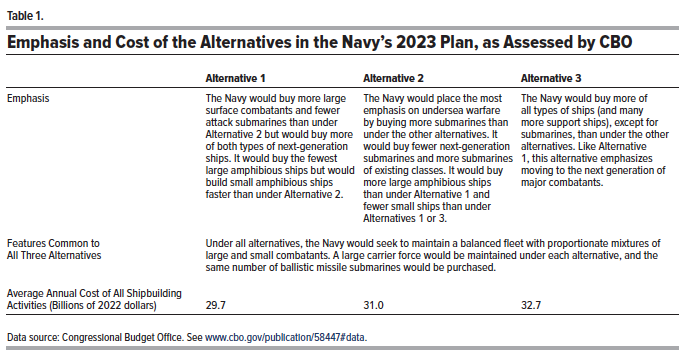 Part of the price difference is based on the Navy’s planned cost of the new destroyer and attack boat programs – which CBO estimates is too low.

According to the analysis, the DDG(X) program could cost from $3.1 to $3.4 billion based on increasing the size from the existing Arleigh Burke-class Flight III (DDG-51) guided-missile destroyers.

“The new DDG(X)’s combat capabilities would be equivalent or superior to those of the DDG-51 Flight III; it would also have a larger hull, substantially more power, more stealth characteristics, and a greater capacity to accommodate the installation of new weapon systems and other capabilities in the future,” reads the report.

“The Navy has indicated that the initial design prescribes a displacement of 13,500 tons. If that is the case, then the Navy’s estimates imply that the DDG(X) would cost 10 percent more than the DDG-51 Flight III but would have a full-load displacement that is 40 percent greater.”

The Navy estimates the cost at $2.1 to $2.4 billion and the service “contends that the case of the DDG(X) will differ from that of the DDG-1000 because the former ship would have a combat system and radar substantially similar to those of the DDG-51 Flight III and would only require designing a new hull and power system,” reads the report.

Estimated surface warships and attack submarine inventory based on the Navy’s three plans in its shipbuilding outlook. CBO Image

Chief of Naval Operations Adm. Mike Gilday earlier this year compared the evolution of the DDG(X) from the Flight III DDG-51s to how the Navy transitioned from the Ticonderoga-class to the original Flight I DDG-51.

“Our intent for DDG(X) would be much the same, that we would use a proven combat system on that ship. But we need a ship that has more space and allows for more weight and for capability growth over time. An example might be hypersonic missiles, just based on the size of those missiles. We couldn’t fit those in a current Arleigh Burke, or even a Flight III. [DDG(X) is] a deeper ship, if you will, from that standpoint,” he said in September.

The CBO report cited cost growth in other shipbuilding programs as a counter to the Navy’s position that keeping existing systems will cut costs.

“Such an outcome, however, seems unlikely on the basis of the history of building new surface combatants. For example, in the 2000s, the Navy estimated that the [16,000-ton] Zumwalt class DDG-1000 guided missile destroyer would cost only slightly more than the [9,000-ton] DDG-51s that were then in production, even though the DDG-1000 was 50 percent larger than the DDG-51. Ultimately, costs for the DDG-1000 increased by about 45 percent,” reads the report.

In the submarine realm, CBO estimates that the service’s planned next-generation attack submarine (SSN(X)) could cost between $6.2 and $7.2 billion – well above the Navy’s $5.6 billion estimate.

The current Virginia-class boats cost about $2.8 billion per hull, while the Block Vs with the 80-foot Virginia Payload Module will cost about $3.2 billion.

“Estimating the costs of the SSN(X) is difficult because the Navy has not yet determined its capabilities or size. In the past, the Navy has indicated that, like the Seawolf class (SSN-21) submarine, the next-generation attack submarine should be faster, stealthier, and able to carry more torpedoes than Virginia class ships. The service has also indicated that it wants the SSN(X) to have vertical launch capability, an attribute of the Improved Los Angeles class submarine and the original Virginia class submarine,” reads the report.
“CBO’s cost estimates therefore reflect the assumption that the SSN(X) would be similar to a Seawolf class submarine but would have an entirely new design. The submarine’s advanced features would make it as quiet and stealthy as possible; it could launch missiles from missile cells and would contain a torpedo room the size of those on Seawolf class submarines.”

“Virginia remains the most capable multi-mission submarine in the world, bar none,” Rear Adm. Doug Perry, the director of the undersea warfare division on the chief of naval operations staff (OPNAV N97), said last year. “But we must maintain our undersea advantage by investing for future capabilities. And we know we need to start that work today to make sure we can deliver SSN(X) in time of need, and without lots of technical or schedule risk.”