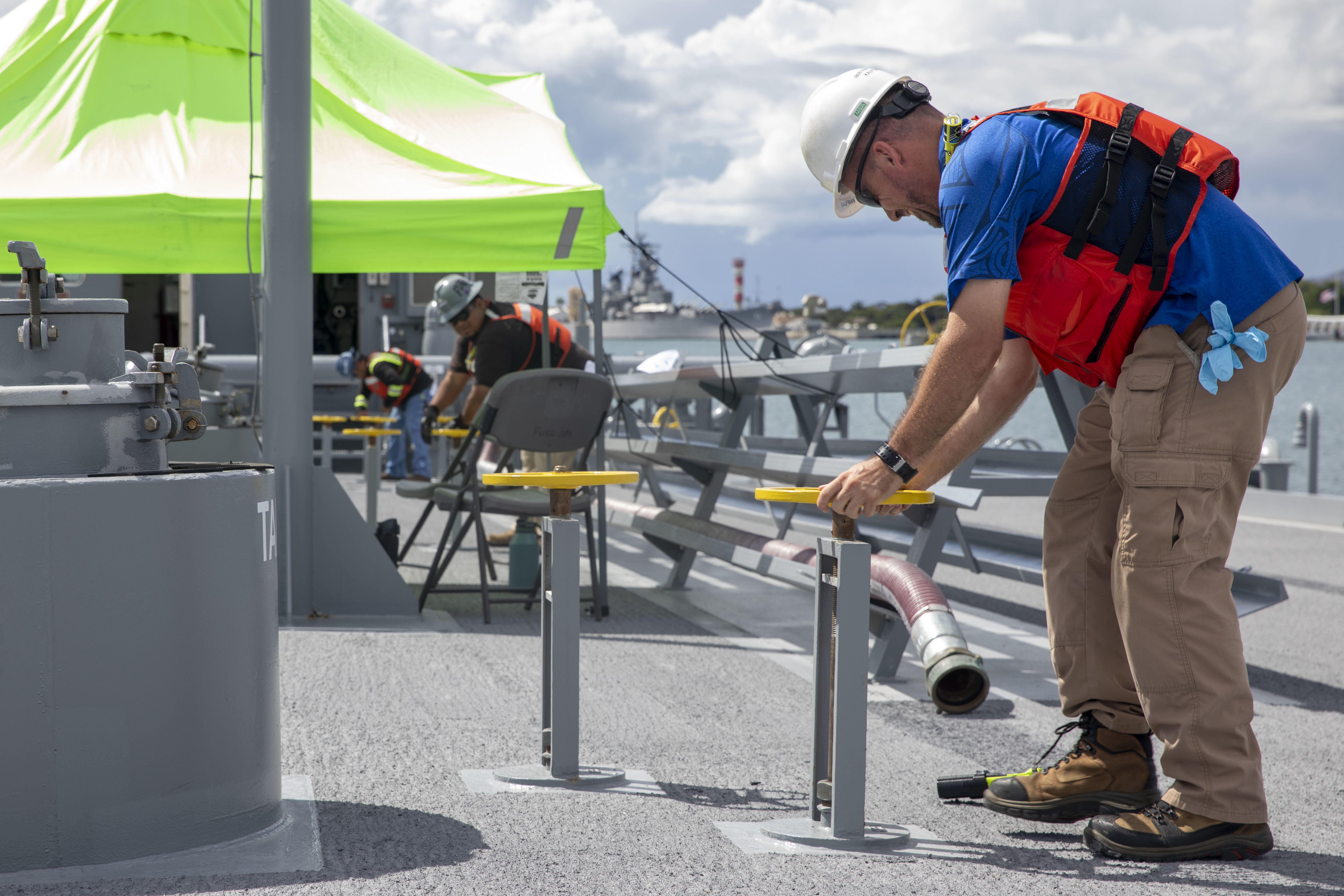 The Joint Task Force – Red Hill completely removed fuel from three pipelines at the Red Hill Bulk Fuel Storage Facility, one of the steps in defueling and closing the space.

Unpacking of the pipelines began Oct. 25 and took approximately two weeks to clear out the three pipes. The Joint Task Force first used gravity to clear as much fuel from the pipes as possible before using a pump to remove the rest.

The task force removed another 6,720 gallons of JP-5 through a low-point transfer, which involved pumping the remaining fuel out of the pipeline. That finished Oct. 31.

Another 68,904 gallons of F-24 was pumped out, with the line completely unpacked by Nov. 1. The third line, which contained F-76, took the longest, with 94,626 gallons of fuel pumped out. Unpacking for the line finished Nov. 3.

The fuel that was removed will stay at Joint Base Pearl Harbor-Hickham, where it will be used to fuel aircraft and ships, USNI News previously reported. The two jet fuels will stay at Hickham, while the maritime fuel will be stored at Pearl Harbor.

The Joint Task Force – Red Hill is currently in the third phase of the original defueling plan, which involves contracting out infrastructure repairs.

The Joint Task Force’s supplements to the plan have defeuling finished in June 2024, although there is an option for it to finish sooner.

“Defueling is a complex process that requires support and partnership from the interagency and DOD organizations and, ultimately, approval by both the Hawaii Department of Health and the Environmental Protection Agency. The next phase of defueling includes all necessary repairs, modifications and enhancements to the Red Hill complex to reduce risk during defueling. During that time, JTF-RH will conduct iterative planning in partnership with the Department of Health and Environmental Protection Agency to find ways to reduce the defueling timeline safely,” Cmdr. Tiffani Walker, Joint Task Force – Red Hill spokesperson said in an email.

The Navy introduced its closing plan for Red Hill earlier this week, suggesting that the Hawaii Department of Health approve the closure-in-place option. In that case, the Navy would clean the storage tanks but leave them in place rather than remove them. This option would potentially allow for the sea service to reuse the tanks, USNI News previously reported.