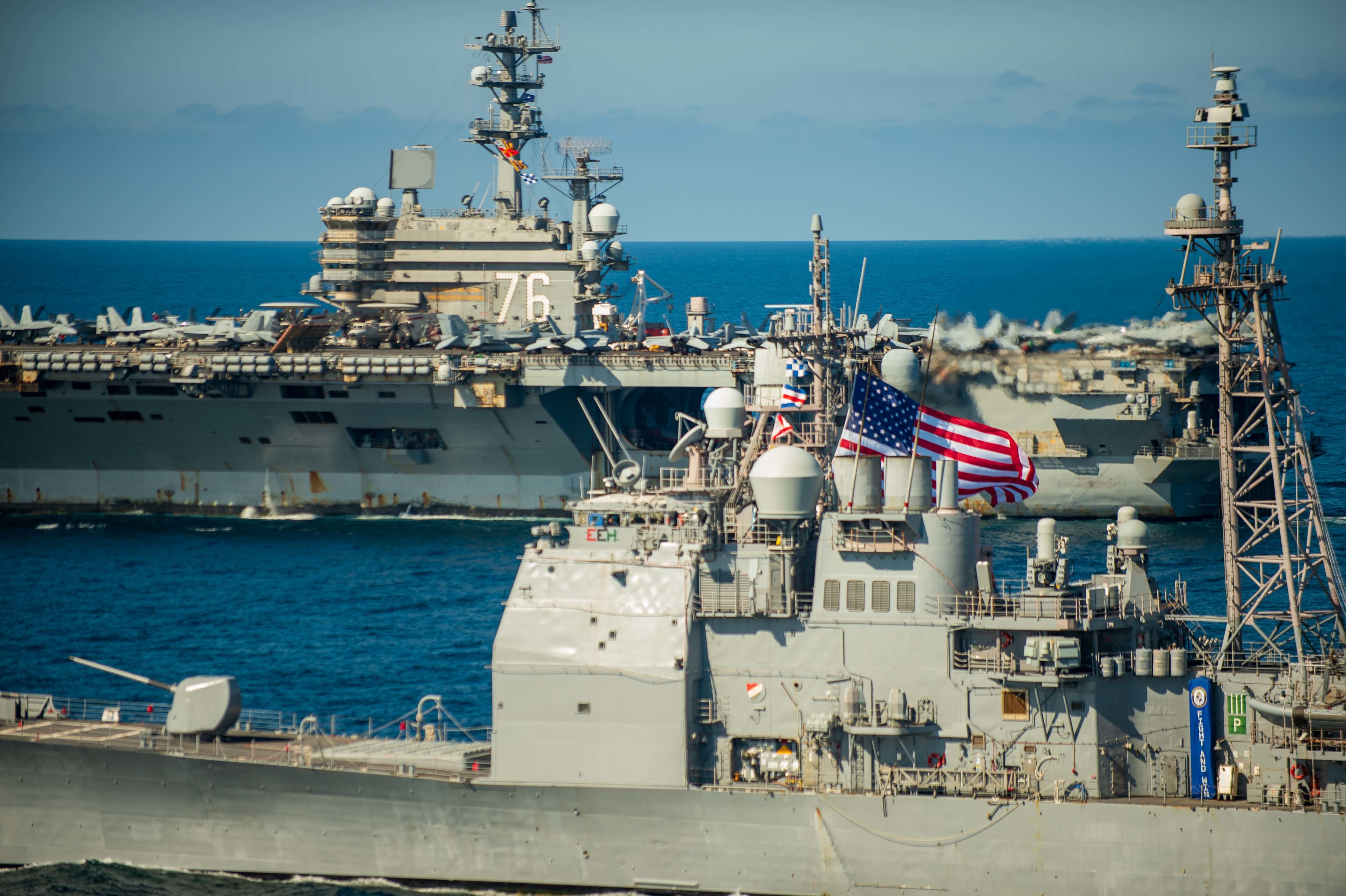 The joint U.S. Navy and Marine Corps Task Force 76/3 on Monday started experimenting with concepts for joint operations in the Indo-Pacific region, 7th Fleet said in a news release.

“Conducting operations with both traditional carrier strike group units and expeditionary strike group units gives us the chance to put a high-performing team together to execute and enhance command and control of integrated forces in a complex maritime environment,” Rear Adm. Derek Trinque, the commander of Task Force 76/3, said in the release.

Canadian frigates HMCS Vancouver (FFH331) and HMCS Winnipeg (FFH338) are participating for the Royal Canadian Navy, while the JMSDF participated with destroyer JS Kirisame (DD-104). Both Canadian frigates are deployed to the Indo-Pacific under Operation Projection, the Canadian Armed Forces presence operations in the region. Vancouver is part of Operation Neon, which is Canada’s contribution to enforce United Nations sanctions on North Kore. Kirisame is part of the JMSDF’s Indo-Pacific Deployment 2022. 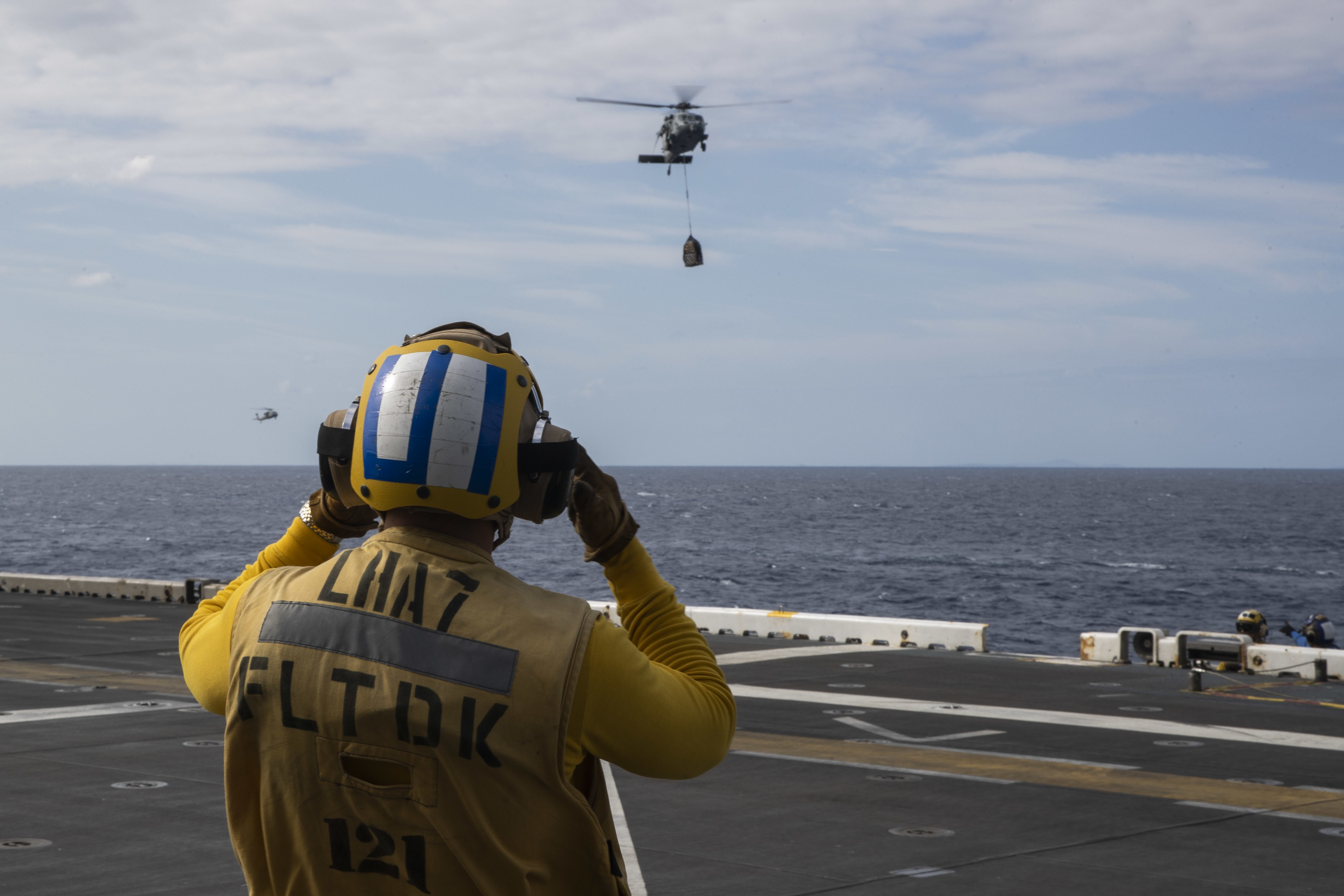 Kirasame and Oakland conducted the bilateral exercise Noble Fusion 22 in the South China Sea, from Oct. 19-21, according to the JMSDF.

“In this bilateral exercise, we improved our tactical capabilities and interoperability with the U.S. Navy. Since departing Japan, JS Kirisame conducted 16 exercises and conducted port calls in 10 countries, mainly Pacific Island countries, over a period of about four months,” Kirisame’s commanding officer, Cmdr. Atsushi Sakata, said in a statement.
“We deepened our friendship, goodwill, defense cooperation, and mutual understanding with the countries of the Indo-Pacific Islands.”

The Task Force is a temporary command meant to test out proof of concepts to better understand how an integrated Navy and Marines Corps command could function, USNI News had previously reported.

Over in Guam, the U.S. Air Force and the Navy conducted an integrated naval mine exercise (MINEX) on Monday with B-1B Lancers from the 37th Expeditionary Bomb Wing based out of Ellsworth Air Force Base, South Dakota that are deployed to the Indo-Pacific region as a Bomber Task Force. The exercise also included sailors from Navy Munitions Command, Pacific Unit, Guam.

The B-1Bs had arrived at Andersen on Oct. 18 for their Bomber Task Force deployment. 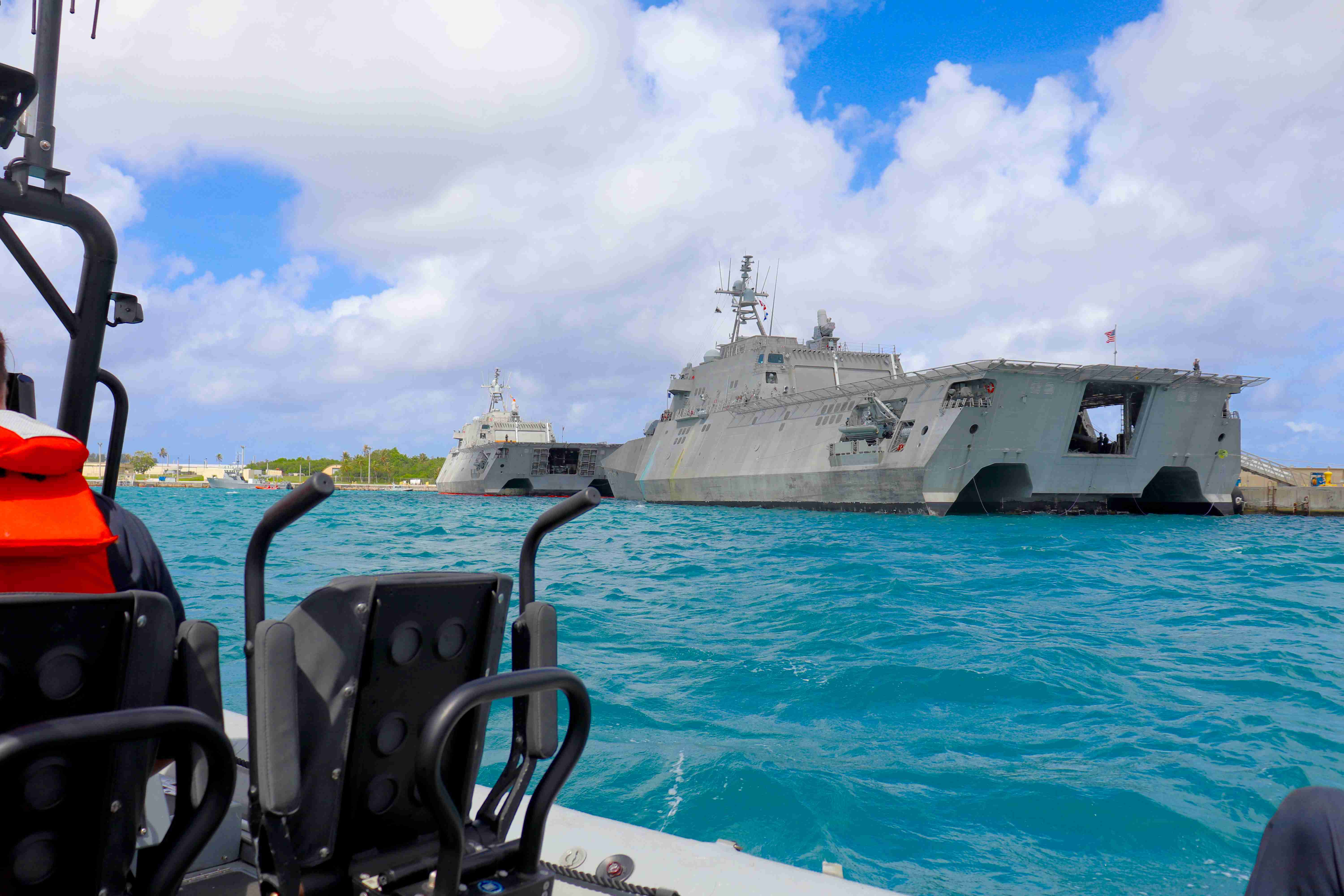 On Wednesday, the JMSDF issued three releases related to the JMSDF’s International Fleet Review (IFR) slated for Nov. 6 in Sagami Bay in conjunction with the JMSDF’s 70th Anniversary. The first release said 20 JMSDF ships will participate in the IFR, along with 6 JMSDF aircraft. The Japan Ground Self-Defense Force (JGSDF) will deploy five ground and air assets embarked on the JMSDF ships, while the Japan Air Self-Defense Force will participate with 16 aircraft.

The U.S. Navy and U.S. Marine Corps will participate with five aircraft. The JMSDF has not released full details on specific countries or foreign ships participating in the IFR, though a second news release said that from Nov. 6-7, a search and rescue exercise following the fleet review would take place around Japan involving 30 ships from the JMSDF, Australia, Brunei, Canada, India, Indonesia, Malaysia, New Zealand, Pakistan, Singapore, Thailand, the United Kingdom and the U.S.

Japan disinvited Russia from attending both the IFR and the 18th Western Pacific Naval Symposium, despite Russia’s status as a member of the WPNS grouping, due to its invasion of Ukraine.