Former Secretary of Defense Ashton Carter, 68, died on Monday in Boston following “a sudden cardiac event,” his family said in a statement. He served as President Barack Obama’s final secretary of defense from 2015 until 2017. His tenure was marked by a shift of U.S. forces in the Middle East to counter the rise […] 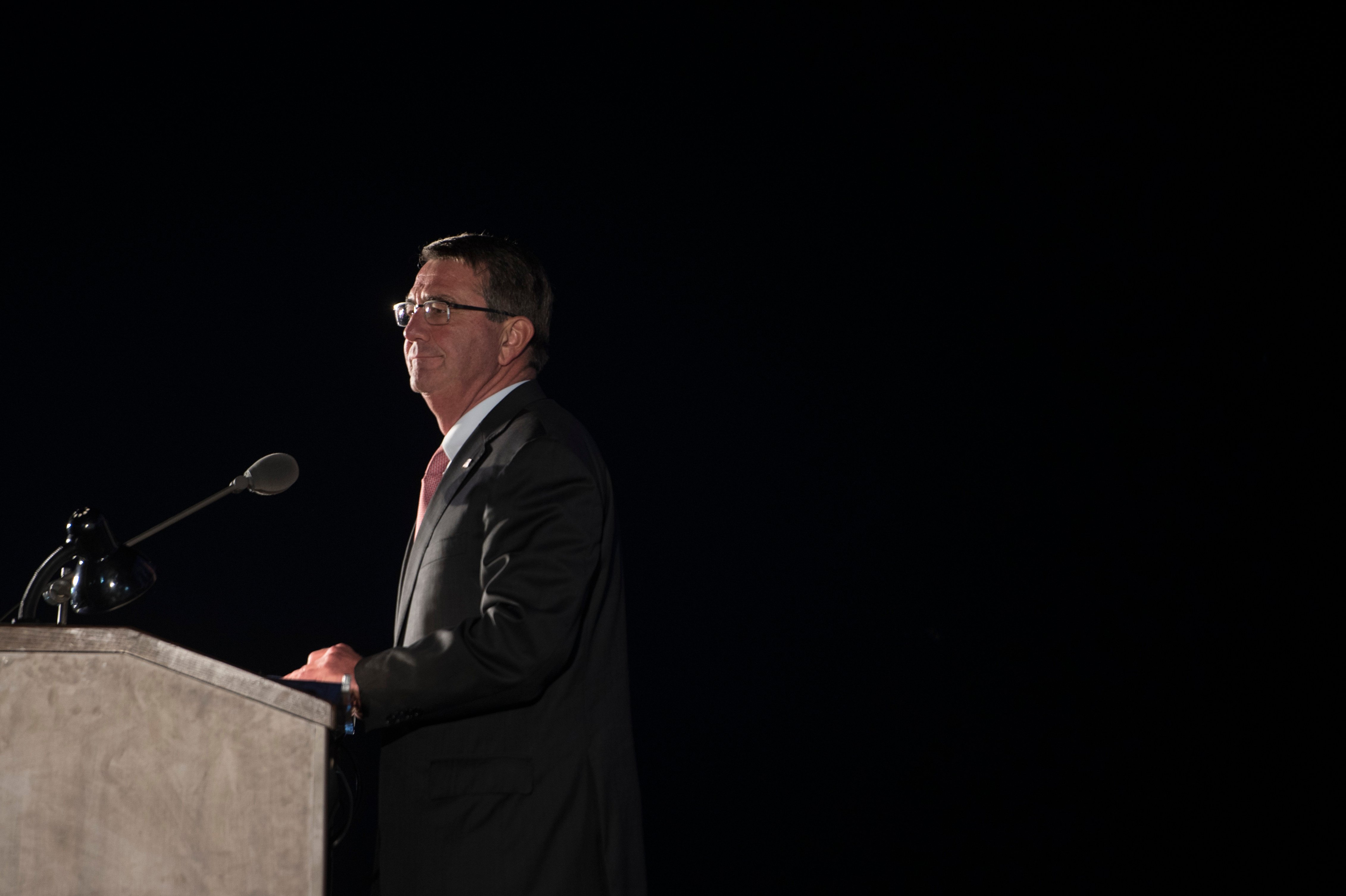 Former Secretary of Defense Ashton Carter, 68, died on Monday in Boston following “a sudden cardiac event,” his family said in a statement.

He served as President Barack Obama’s final secretary of defense from 2015 until 2017. His tenure was marked by a shift of U.S. forces in the Middle East to counter the rise of ISIS in Iraq and Syria as well as the opening up of combat arms positions to women.

“[Carter] devoted his professional life to the national security of the United States and teaching students about international affairs,” reads a Tuesday statement from his family. “He was a beloved husband, father, mentor, and friend. His sudden loss will be felt by all who knew him.”

At his swearing-in ceremony in 2015, Carter said the Pentagon had to “think outside this five-sided box.”

In particular, Carter took pride in speeding the acquisition of special armored Mine Resistant Ambush Protected vehicles, or MRAPs, to save American soldiers’ and Marines’ lives from roadside bombs in Afghanistan and Iraq when he served as the Deputy Defense Secretary. The Pentagon sent 24,000 MRAPs to the two theaters.

“[He] loved nothing more than spending time with the troops, making frequent trips to Iraq and Afghanistan to visit U.S. forces with his wife Stephanie,” according to a family statement.

In 2015, Carter approved allowing women to serve in combat arms after a three-year study.

“Fully integrating women into all military positions will make the U.S. armed forces better and stronger but there will be problems to fix and challenges to overcome. We shouldn’t diminish that,” he said at the press conference where he announced the opening of 220,000 combat positions to women. He also ended a ban on transgender people serving in the armed forces the following year.

In and out of office, Carter often wrote in a number of publications about the need for Pentagon agility to adapt to changing conditions in threats and on the battlefield. His 2014 Foreign Affairs article, “Running the Pentagon Right,” spelled out his thinking on the importance of speeding the department’s development and weapons acquisition programs.

Before serving as the number two civilian in the department, he served as the Pentagon’s chief weapons buyer. 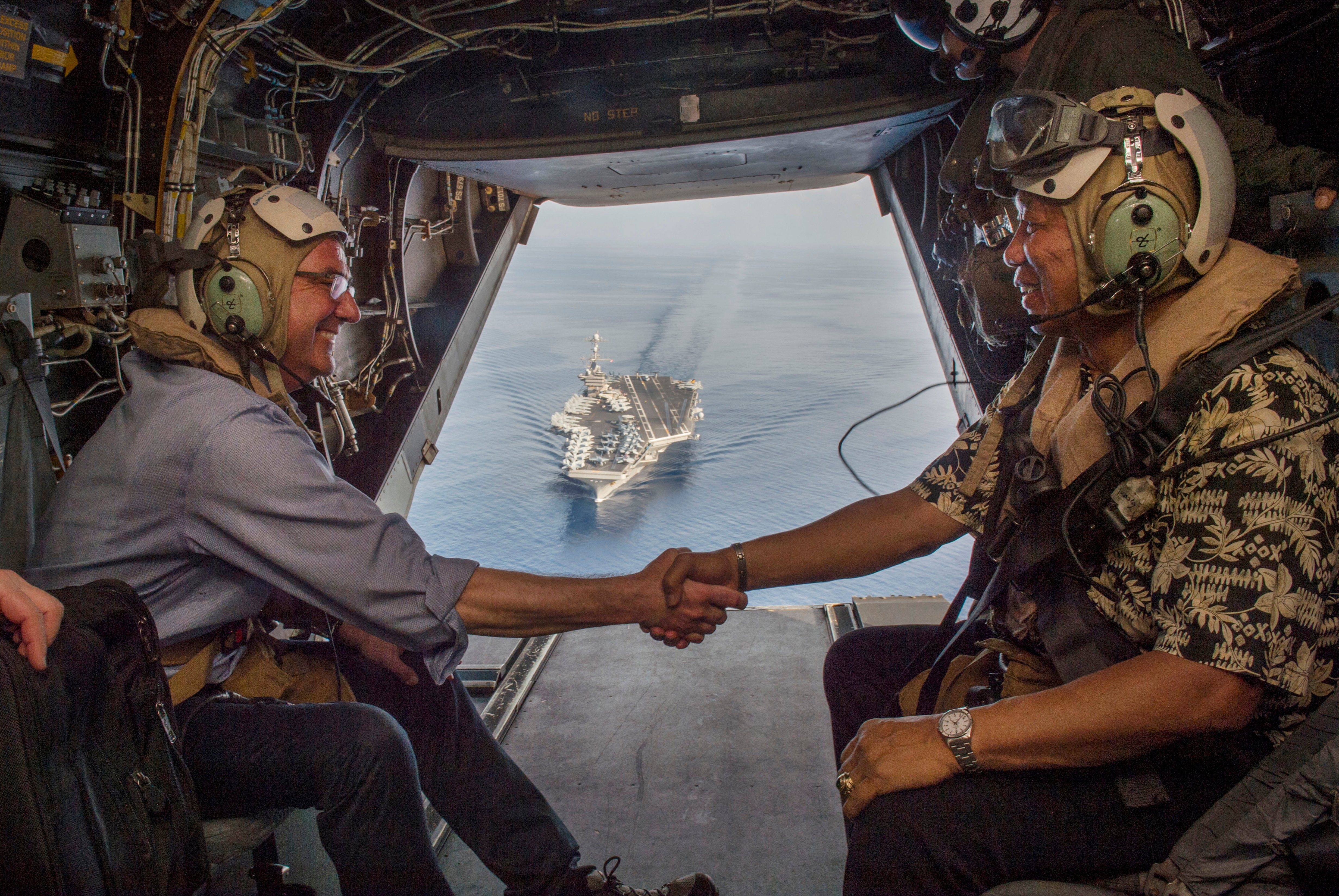 Over his years in senior defense positions, Carter worked to improve relations between the Pentagon and Silicon Valley. He created the forerunner of today’s Defense Innovation Unit, an organization designed to quickly bring new ideas to the Pentagon’s attention for possible funding from businesses that were not military contractors.

Carter also oversaw the Pentagon’s response to the Budget Control Act of 2011, which capped the department’s spending for the next decade. The Strategic Choices and Management Review presented to Congress provided three options in building a roadmap to move forward in an era of sequestration. One option would have been to cut the size of the Marine Corps from 182,000 to 150,000 and reduce the number of nuclear carriers from 11 to eight as a way to meet spending ceilings and invest heavily in future systems. Congress rejected that option.

The Navy’s number one priority — developing a new class of ballistic missile submarines — was under close congressional scrutiny to keep costs under control. Carter said there were ways to cut costs in all the nuclear modernization programs by prototyping and the “Better Buying Practices” program. The program required acquisition officials to look at everything from design to construction estimates, with the goal of sending the program, including nuclear modernization, forward at a lower cost.

Despite spending restraints, Carter insisted programs like the Columbia-class ballistic missile submarine were “the bedrock of every mission of the Department of Defense.”

“We’re now beginning the process of correcting decades of under-investment in nuclear deterrence,” including all three legs of the triad, infrastructure and their command and control systems, he said in remarks at Minot Air Force Base, N.D in September of 2016.

Not every Navy program during his tenure as secretary had strong Carter support. 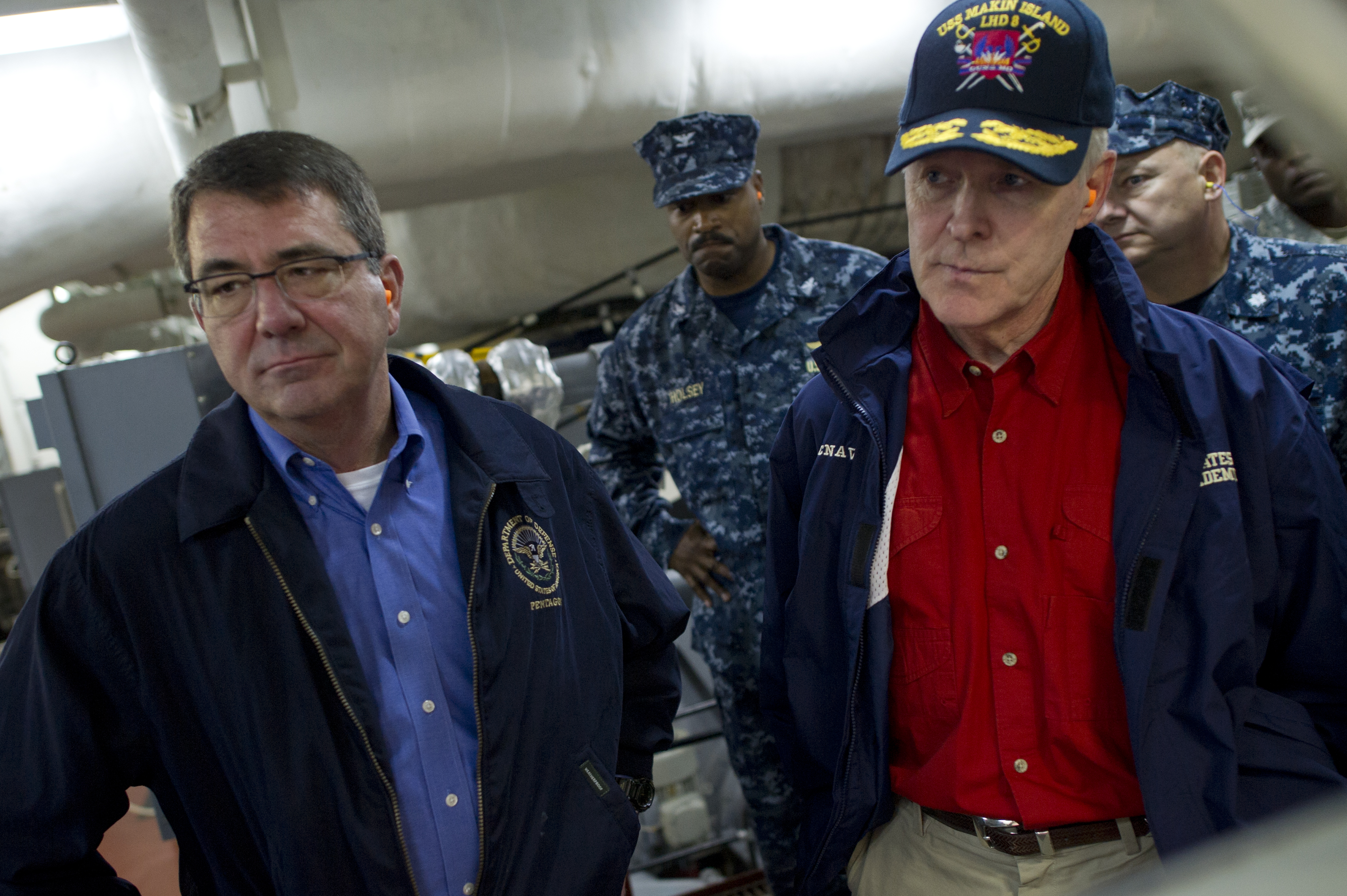 He ordered then Navy Secretary Ray Mabus to re-do the department’s Fiscal Year 2017 budget request with major cuts to the Littoral Combat Ship program. It was a clear split between Mabus’ desire to have the Navy build more ships to maximize forward presence and Carter’s commitment to investing in new technologies for high-end warfare.

The cut in shipbuilding was a billpayer in the Pentagon’s quest to find the funds for new technology to carry out a leap-ahead strategy against competitors, especially China. Carter wanted the Navy to invest in an additional Block V Virginia-class attack submarines, more F-35C Lightning II Joint Strike Fighters, F/A-18E/F Super Hornets and more SM-6 missiles for the service’s fleet of guided-missile destroyers.

After leaving the Pentagon in 2017, Carter had served as director of Harvard’s Belfer Center for Science and International Affairs.

Carter is survived by his wife, Stephanie, and his children, Ava and Will.