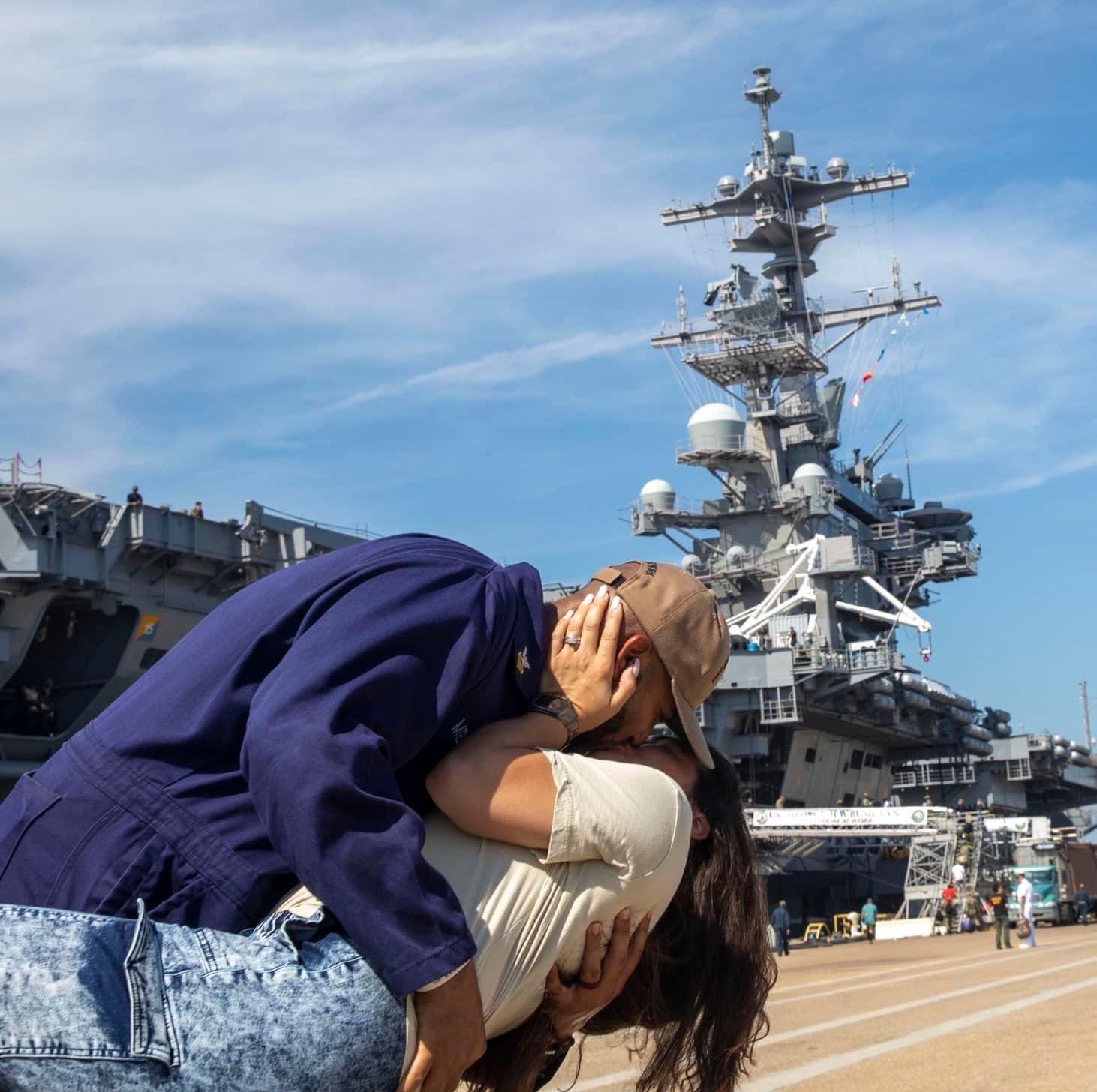 Carrier Air Wing (CVW) 7 is embarked on Bush and includes:

“We bring the full-range of U.S. and allied maritime power in support of national security and defense objectives wherever we sail,” Rear Adm. Dennis Velez, commander of Carrier Strike Group 10, said in the release. “Throughout our deployment we will continue to operate with and reassure our allies, maintain open sea lanes for trade and increased prosperity, and deter – or if necessary – destroy our adversaries.”

The Bush Carrier Strike Group is likely heading to the Mediterranean Sea where it will relieve the Harry S. Truman Carrier Strike Group, which has been in the area since December, USNI News previously reported. Secretary of Defense Lloyd Austin extended the Harry S. Truman CSG as part of the United States’ response to the Russian invasion of Ukraine.

During its time in the Mediterranean, Harry S. Truman went under NATO control twice, the first ship to do so since the Cold War. The embarked Carrier Air Wing 1 flew 60 to 90 daily sorties along NATO’s eastern front, USNI News reported following a visit to the carrier in March.