The House Armed Services Committee chairman’s mark would allow the Navy to retire its nine Littoral Combat Ships as scheduled, USNI News understands. A draft of the bill, obtained by USNI News, does not prevent the Navy from decommissioning the Freedom-class LCSs the service asked to retire in its Fiscal Year 2023 budget request. The […] 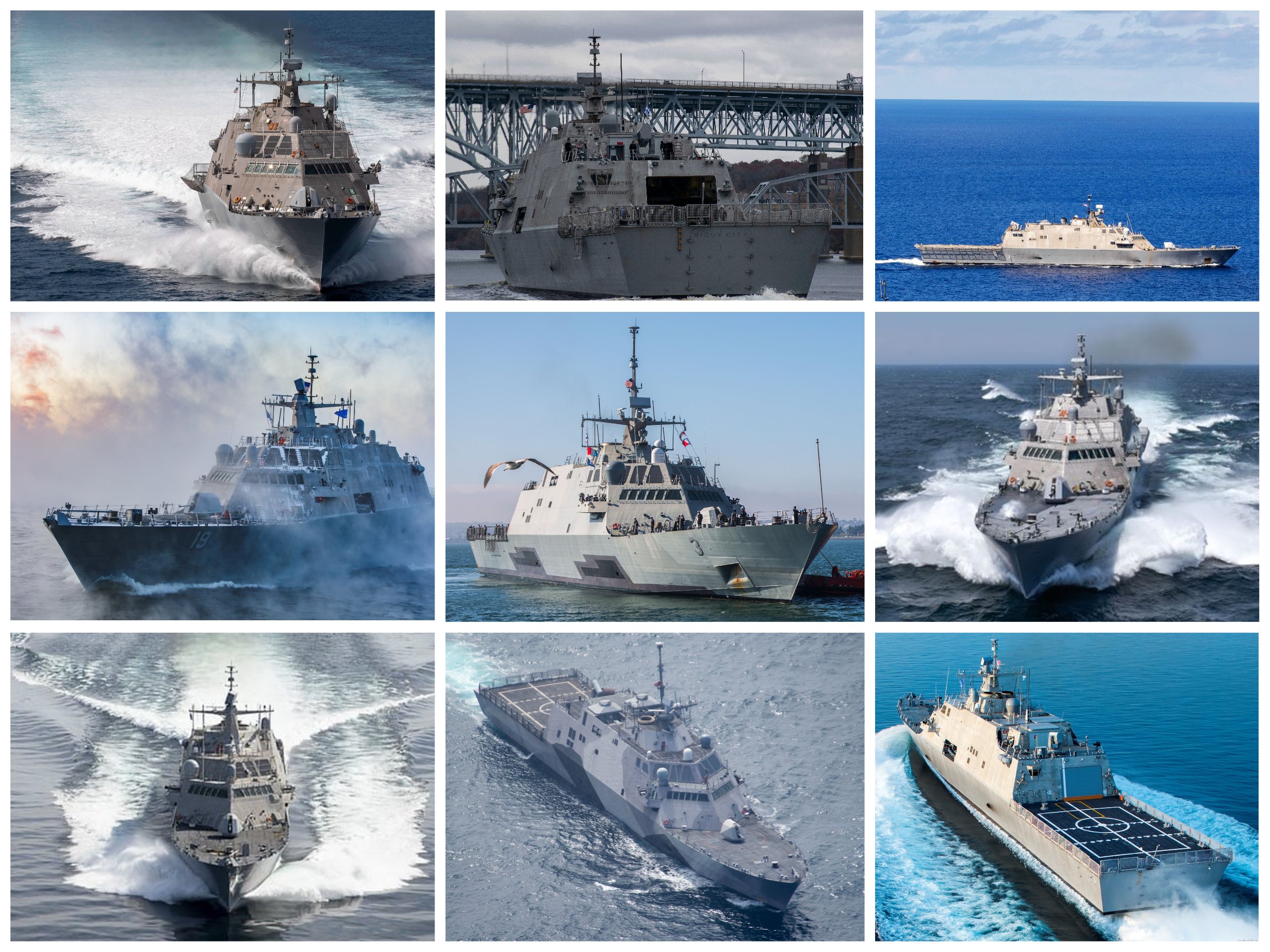 A draft of the bill, obtained by USNI News, does not prevent the Navy from decommissioning the Freedom-class LCSs the service asked to retire in its Fiscal Year 2023 budget request.

The subject of the LCS decommissionings quickly became a hot-button issue among lawmakers, including some who criticized the Navy’s plans to retire almost new ships from service. The youngest LCS on the decommission list entered service in August 2020.

HASC is slated to mark up Chairman Adam Smith’s (D-Wash.) draft of the bill next Wednesday, when members could offer amendments that would alter the Navy’s plans for the LCSs.

The HASC chairman’s mark differs from both the Senate Armed Services Committee’s mark of its policy bill and the House Appropriations defense subcommittee’s mark of the FY 2023 defense spending bill. Draft legislation from both panels would mandate the service keep five LCSs, but would allow the Navy to retire four. 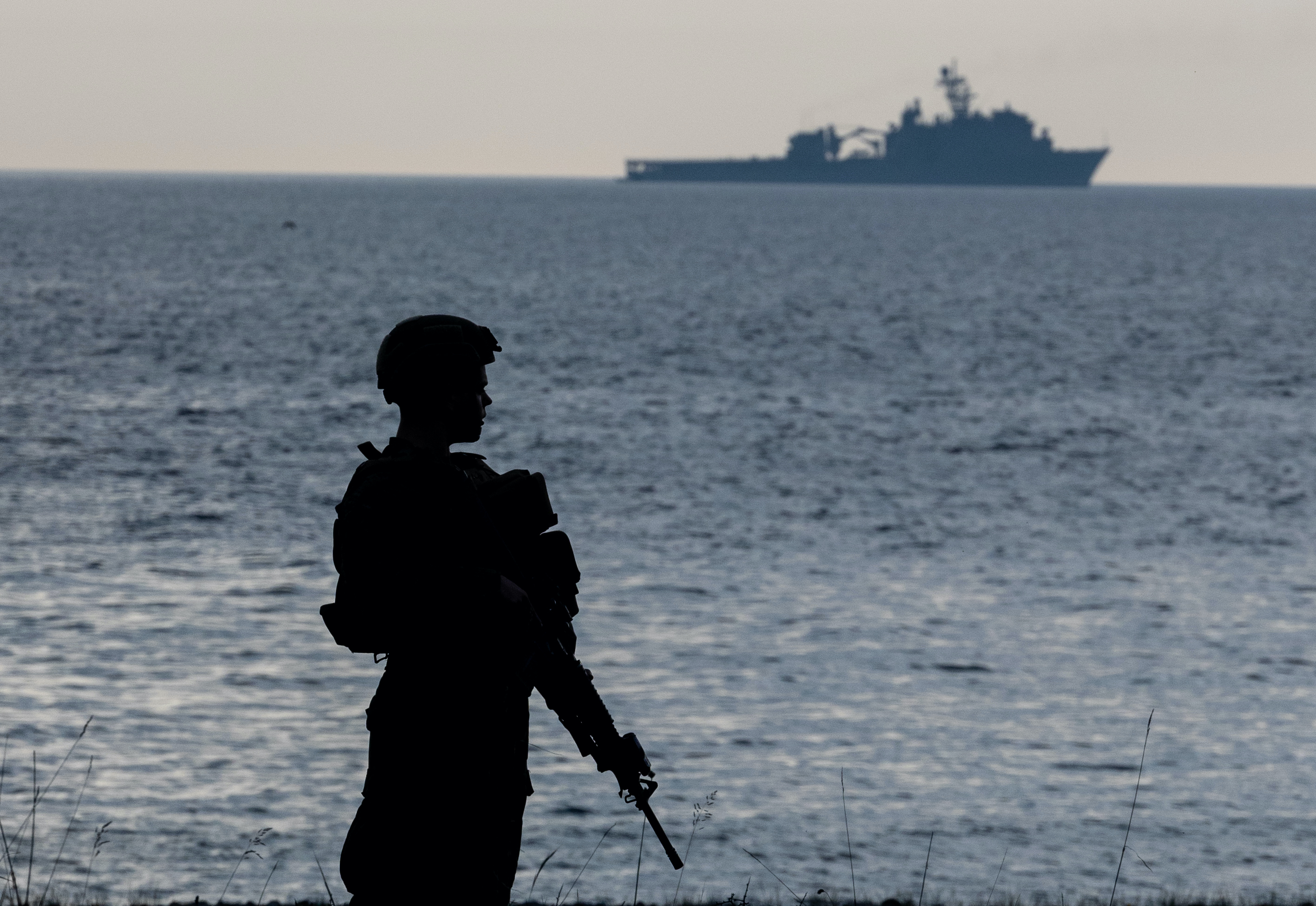 The chairman’s mark also followed the seapower panel’s mark in saving one Ticonderoga-class guided-missile cruiser and four Whidbey Island-class dock landing ships from decommissioning. The cruiser, USS Vicksburg (CG-69), is nearly finished with a modernization overhaul that would give the ship more years of service life. The LSDs the Navy asked to retire, but would need to keep should the chairman’s mark become law, are USS Germantown (LSD-42), USS Gunston Hall (LSD-44), USS Tortuga (LSD-46) and USS Ashland (LSD-48).

The chairman’s mark would also prevent the Navy from deactivating its land-based EA-18G Growler squadrons and placing electronic attack aircraft into storage. In the FY 2023 budget submission, the Navy said it wanted to deactivate five squadrons, or a total of 25 Growlers, from service. The draft legislation would mandate the Navy have a minimum of 158 Growlers in its inventory. “[N]ot less than 126 aircraft shall be coded as primary mission aircraft inventory,” according to the text of the draft legislation. The Navy has 156 active Growlers in service. 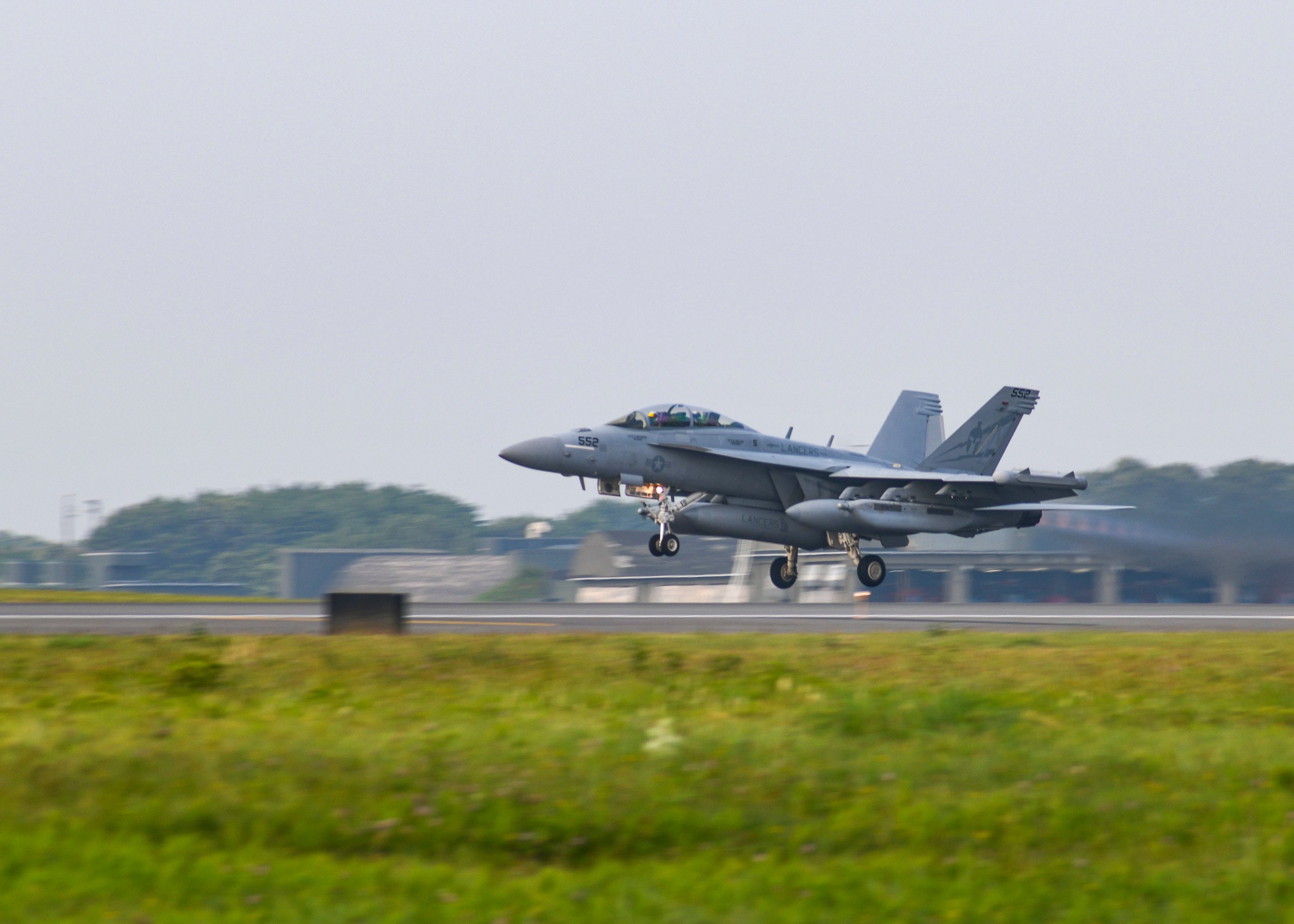 An EA-18G Growler assigned to the “Lancers” of Electronic Attack Squadron (VAQ) 131 takes off from the runway at Misawa Air Base on Aug. 5, 2020. VAQ-131 is an expeditionary squadron deployed to Naval Air Facility Misawa supporting security and stability in the U.S. 7th Fleet area of operations. US Navy photo.

Under the chairman’s mark of the bill, the Navy secretary could remove a Growler from service “on a case-by-case basis” if it’s not financially feasible to fix the aircraft or keep it active.

The Senate Armed Services Committee in its mark of the defense authorization bill also prevented the Navy from divesting of the expeditionary Growlers. According to a committee summary, the legislation would mandate the “transfer of EA-18Gs in expeditionary electronic attack squadrons to the Navy Reserve Air Forces; designation of one or more units from the Air National Guard or Air Force Reserve to join with the Navy Reserve to establish joint service expeditionary, land-based electronic attack; and a report on the plan of the Secretaries of the Navy and Air Force to implement this plan.”

SASC voted its version of the defense policy bill out of committee on Thursday. The full HASC committee will mark up the chairman’s draft of the authorization bill next week. The House Appropriations defense subcommittee passed the draft of its defense spending bill this week and the full House Appropriations Committee will mark up the legislation next week.