Vice Adm. Michael Boyle is now the commander of U.S. 3rd Fleet after a change of command ceremony Thursday at Naval Base Point Loma, Calif. Boyle relieved Vice Adm. Steve Koehler, who led the California command for just over a year. Koehler will report to the Pentagon as the director for Strategy, Plans and Policy, […] 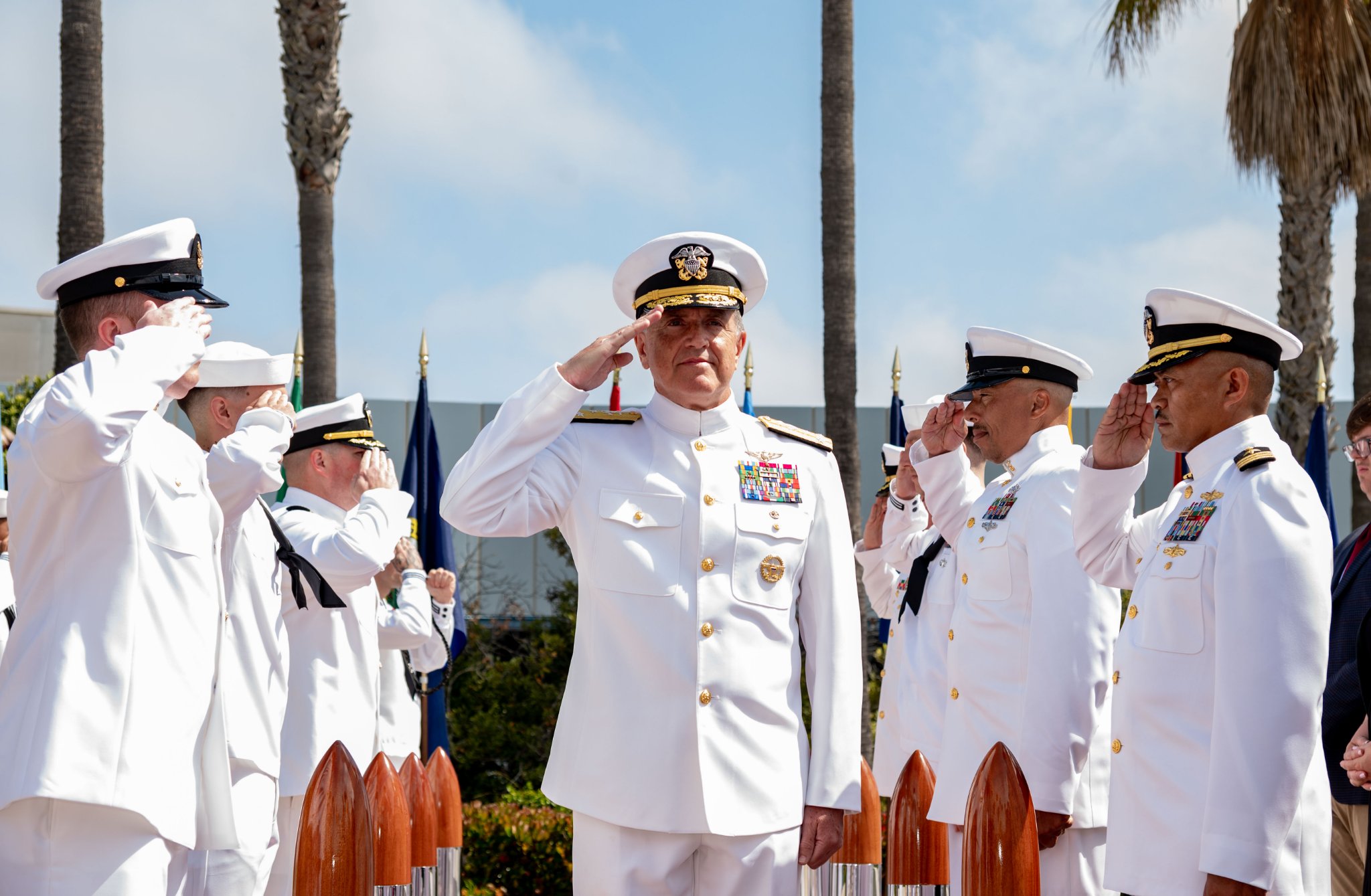 Vice Adm. Michael Boyle is now the commander of U.S. 3rd Fleet after a change of command ceremony Thursday at Naval Base Point Loma, Calif.

Boyle relieved Vice Adm. Steve Koehler, who led the California command for just over a year. Koehler will report to the Pentagon as the director for Strategy, Plans and Policy, J-5, on the Joint Staff.

Boyle previously served as the director of maritime operations at U.S. Pacific Fleet, according to the service.

As the new commander of 3rd Fleet, Boyle said that he plans to continue the warfighting mission that sees 3rd Fleet contribute to the defense of the homeland. As 3rd fleet commander, Boyle will lead the combined task force for RIMPAC 2022.

“Every leader, every sailor, must understand that they own the warfighting mission,” Boyle said during his speech at the change of command ceremony. “They are a vital part of the larger team. Their actions can and do make a difference. We must have a sense of urgency, a sense of purpose. What we do matters. We’re operating in a must win environment.”

Boyle thanked Koehler, assuring him he now has the command, as well as Adm. Samuel Paparo, commander of U.S. Pacific Fleet, who spoke at the change of command ceremony.

“I’m an ordinary guy ready to rise to the challenge of being a 3rd Fleet commander,” Boyle said.

Boyle will face challenges from the U.S. response to China as its strategic competition and Russia, which has continued to assault Ukraine after invading in February, Koehler said in his speech.

When Koehler took command a year ago, he acknowledged that China would be a pacing threat, specifically in the maritime environment, he said.

“They’re playing out today, in… the People’s Republic of China’s military operations and posture and rhetoric throughout the Pacific,” Koehler said. “The Russian aggression in Ukraine, which is on the eastern side, but I will tell you, if everyone knows their geography Russia has a huge Pacific Ocean coastline, and their operations in the Pacific are just as bellicose. These aggressive competitors along with North Korea, continued violent extremism in the Pacific region and a myriad of natural disasters in the Pacific Rim formed the basis of the security environment … in the Pacific for which 3rd Fleet is responsible specifically to respond.”

Over the past year, 3rd Fleet focused on combat capabilities that will allow it to meet the pacing threat from China and any aggression from Russia, Koehler said. Already, 3rd Fleet ships have countered Russian and Chinese naval ships in its operating areas.

That work has lead to the upcoming RIMPAC 2022 exercise slated to begin in July, Koehler said.

“So [Boyle] if I could pick one person in the entire Navy to relieve me would have been you,” Koehler said. “You and I [are] technically alike and so although every command will make some changes and morphs the command to his or her needs, it will not be a radically different vector.”